First in line is the Realme GT2 Pro, as it is already gathering users for Early Access, and by the end of the month it will be followed by the GT Neo 3 and the vanilla GT2. 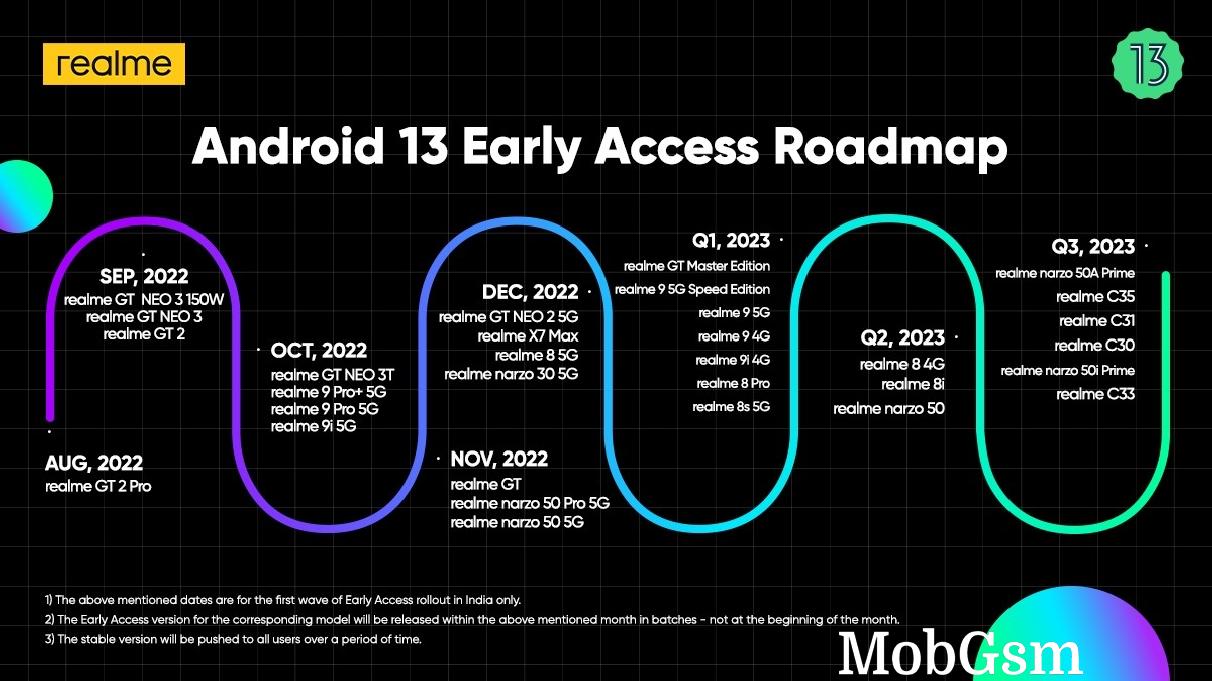 The new OS has Realme UI 4.0 on top but the interface hasn’t been officially launched and that’s why Sheth decided to speak only about Android. These dates are for Early Access rollout, meaning the rollout of the final stable version will be a few weeks after the listed time.

Realme UI 4.0 was rumored to arrive on September 15, but we haven’t heard anything in the last five days. However, since the early access package is already hitting some testers and tech enthusiasts, the launch is clearly around the corner. We’ll hope to learn more in the upcoming days.