The Realme Pad X unveiled in May in China debuted today in India. However, the Indian model comes with 5G connectivity and a feature called Limelight, which is similar to Apple's Center Stage and currently works with Google Duo, Google Meet, and Zoom. 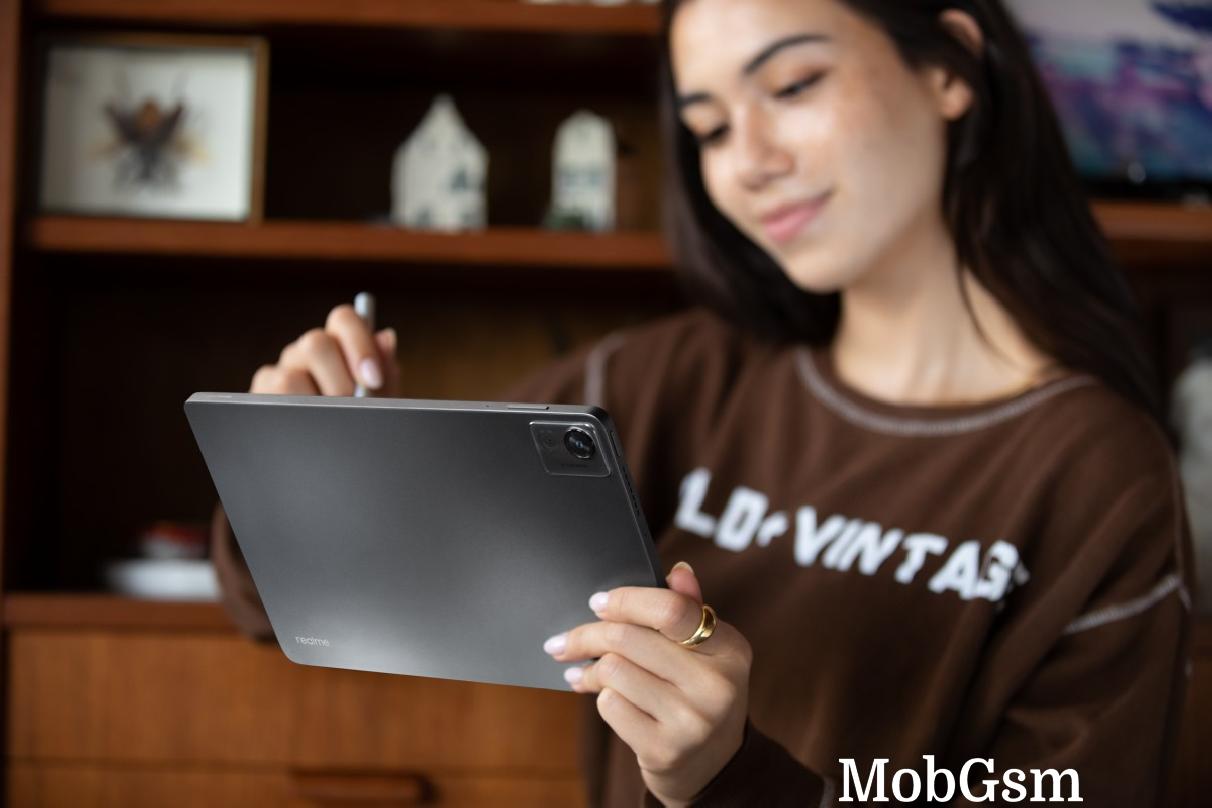 The rest of the specs of the Indian Pad X are the same as its Chinese counterpart, meaning you get the Snapdragon 695 SoC, 10.95" WUXGA+ screen, and an 8,340 mAh battery with 33W wired charging. The cell also supports reverse wired charging, allowing you to use it as a power bank for other devices. 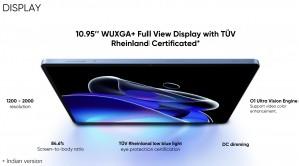 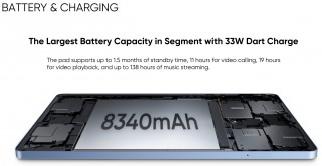 The Realme Pad X runs Realme UI 3.0 for Pad out of the box and is the first Realme tablet to support Multi-Screen Collaboration, which allows smartphone users to cast their phones' screens to the Pad X for copying text and transferring files. This feature is currently only supported by Realme GT 2 Pro, GT Neo 2, GT Neo 3, GT Neo 3T, and GT Master Edition, but Realme has promised to add more devices to the list. 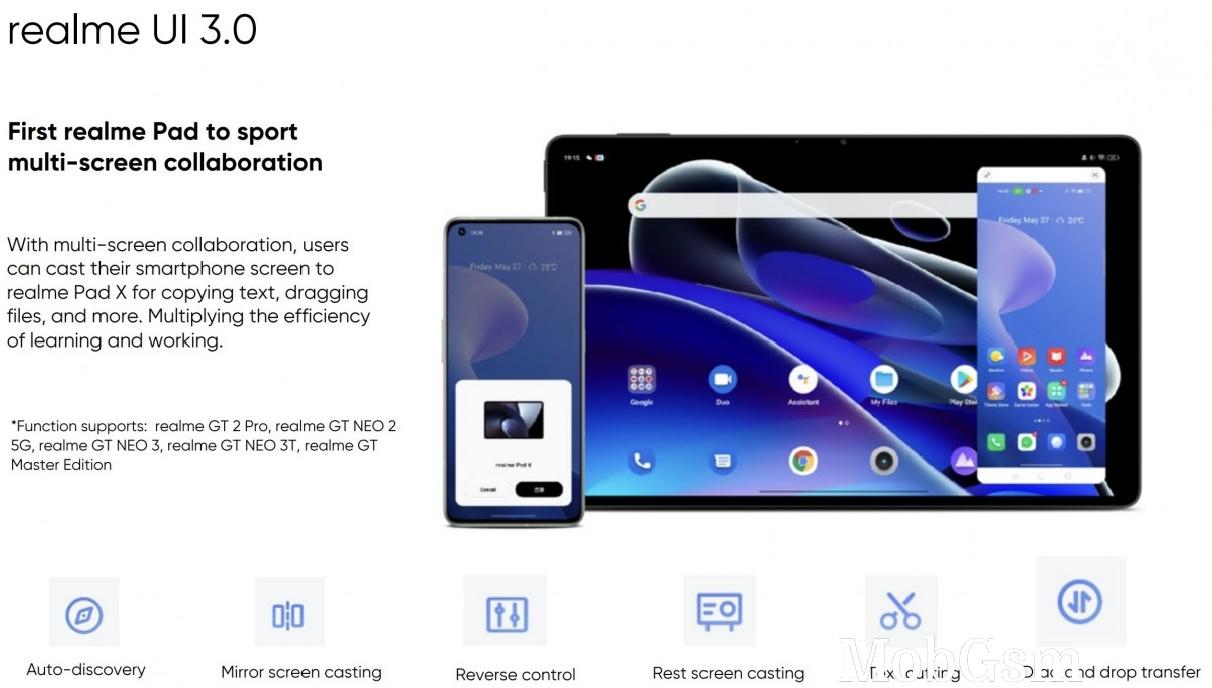 The 5G tablet sports a single 13MP primary camera on the rear, which can be used to transcribe texts from pictures using the Text Scanner feature in addition to taking photos and videos. On the front, the slate has an 8MP unit with a 105° FOV. 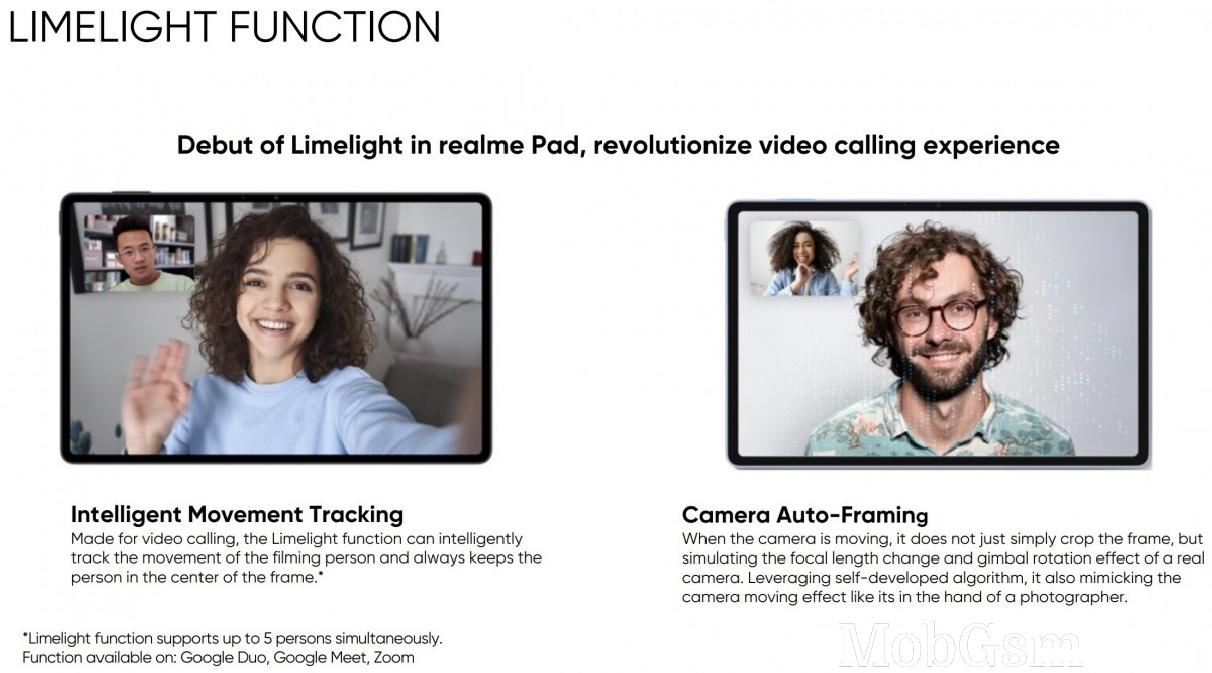 The rest of the Realme Pad X's highlights include a USB-C port, DC Dimming, and quad speakers with Hi-Res Audio and Dolby Atmos support.

The Realme Pad X is offered in Glacier Blue and Glowing Grey colors in India, and Realme told us they don't have any plans to bring the cool-looking green color model to its largest market, so it remains China-exclusive. 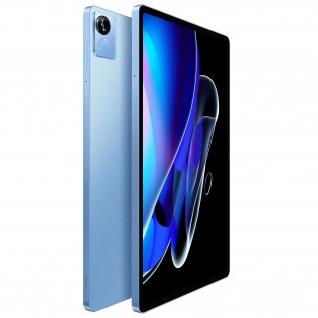 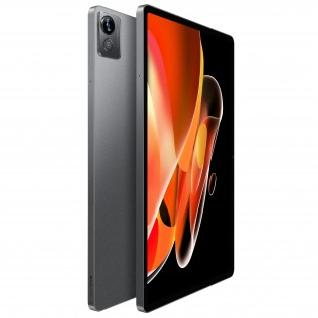 In addition to the Pad X, Realme also launched the Realme Pencil and Realme Smart Keyboard in India.

The Realme Smart Keyboard has a 1.3mm key travel and packs a 280 mAh battery advertised to offer up to 112 hours of continuous typing. It's made of a skin-friendly PU material and is paired with the Pad X through Bluetooth. 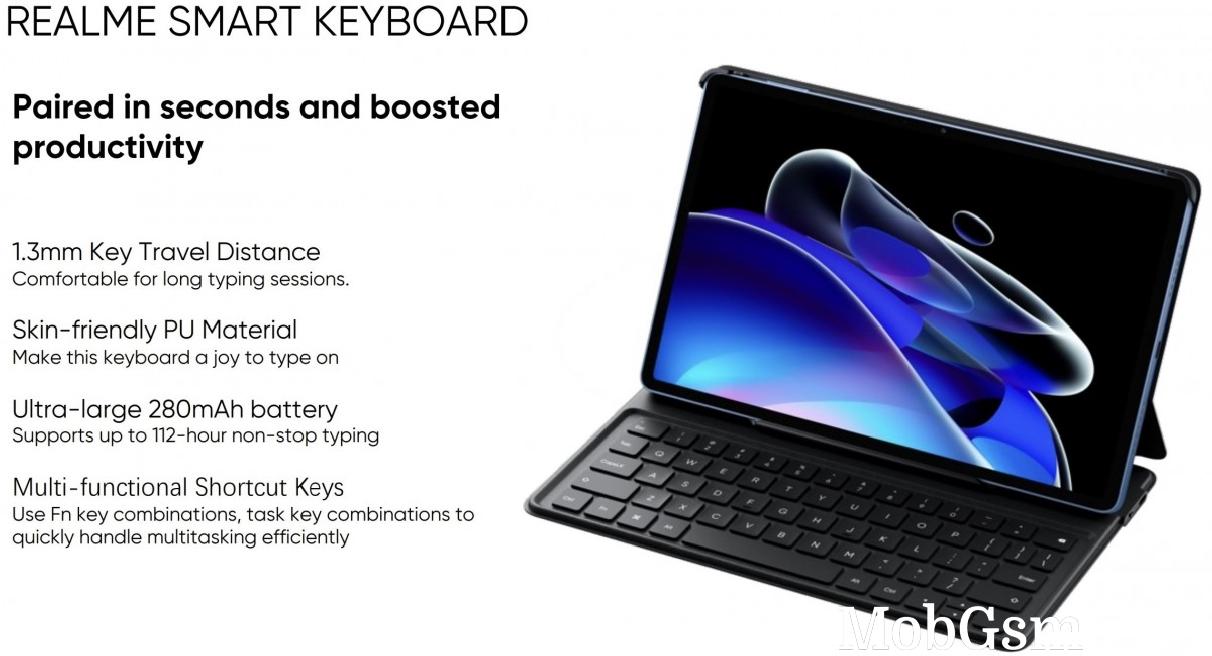 The Realme Pencil, on the other hand, is made of polycarbonate and weighs 16.5 grams. It has 4,096-level pressure sensitivity and a 240Hz touch sampling rate. The stylus supports 60° tilt writing and has a battery that can offer up to 10.6 hours of endurance. And when you want to charge it, you can simply attach the Pencil to the Realme Pad X and it will draw power from the tablet through magnetic wireless charging. Realme says one minute of charge lets you write for up to 25 minutes with the Pencil. 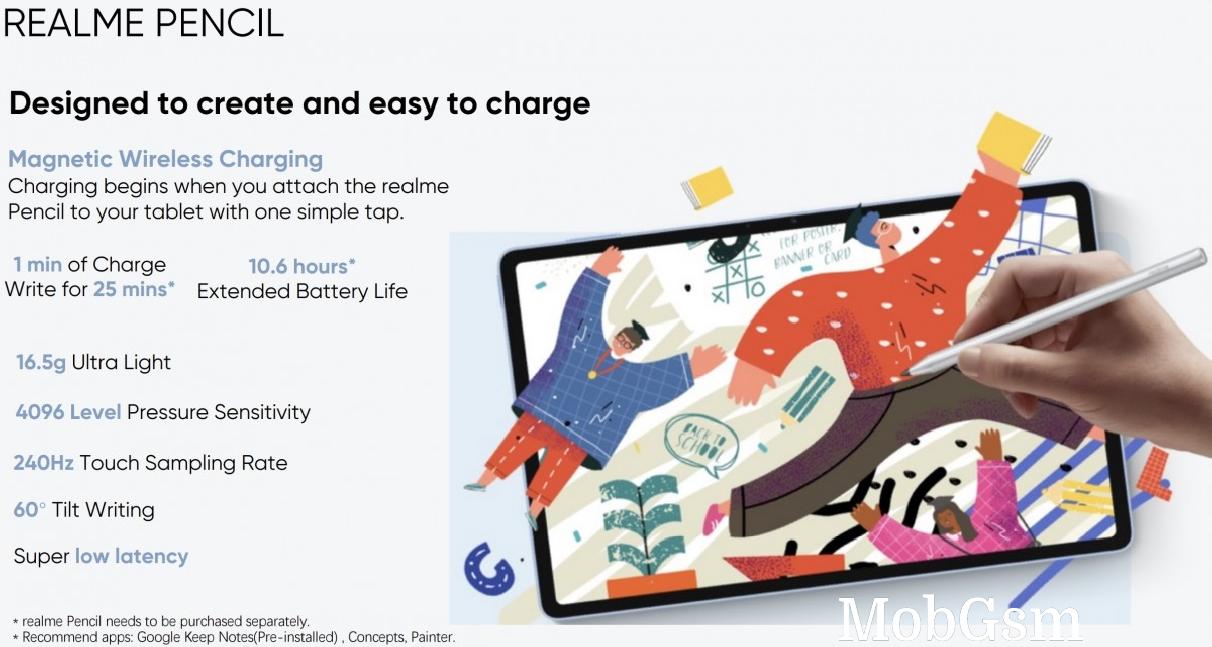 The first sale for the Realme Pad X is scheduled for August 1 at noon local time on Flipkart, Realme.com, and mainline channels. The Realme Pencil and Smart Keyboard will also be sold through Flipkart and Realme.com, but Realme hasn't revealed their sale dates.