A week after its announcement, Realme’s GT Neo3 went on open sale in China at midnight. The new device garnered plenty of attention from consumers with over 100,000units sold in the first seconds of the day. Realme also confirmed via a separate Weibo post that the GT Neo3 sales amounted to CNY 120 million. 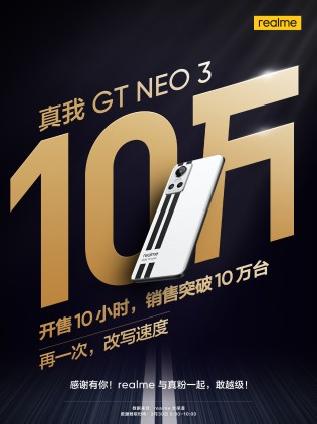 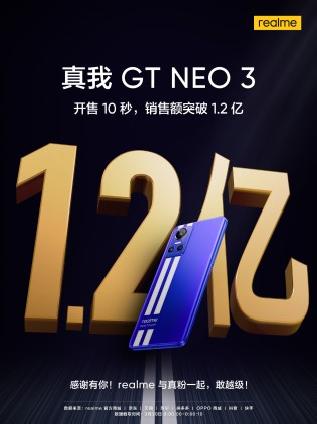