Realme had a big today in India as it introduced five new products in the country - Realme GT 2 Pro, Realme 9 (4G), Realme Buds Air 3, Realme Book Prime, and Realme Smart TV Stick. And towards the end of the event, Realme VP, Mr. Madhav Sheth, announced that the vanilla GT 2 will launch in India during the company's fourth anniversary, which will be celebrated on May 4. 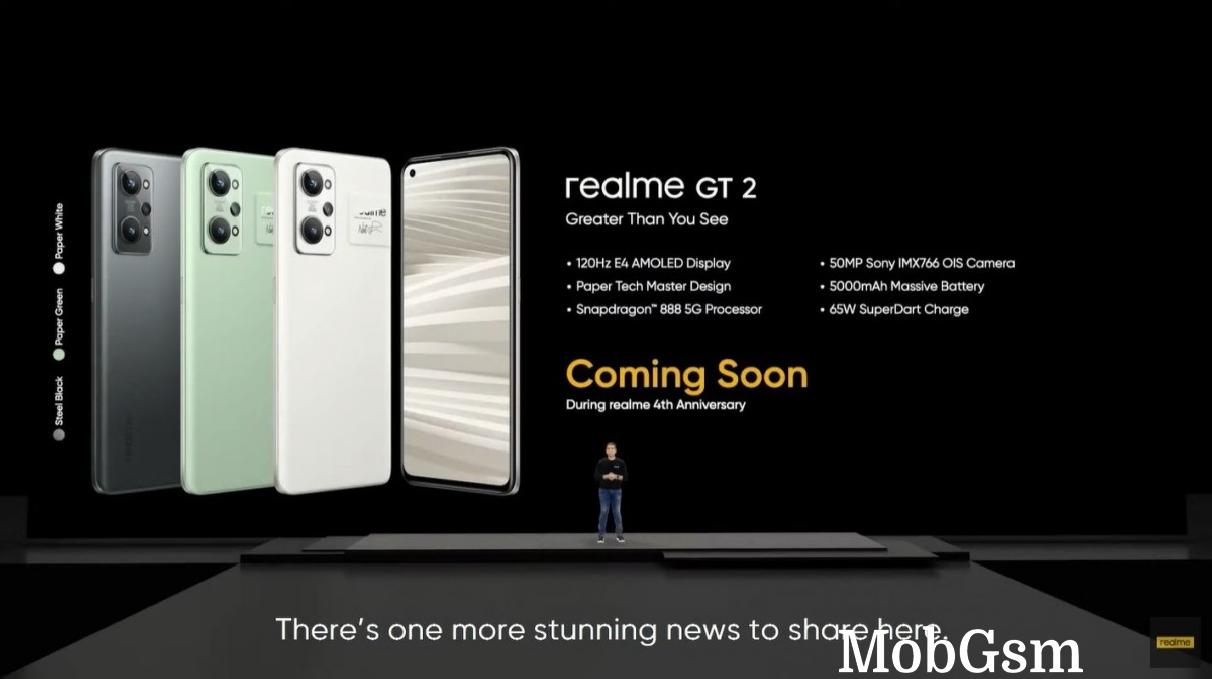 Mr. Sheth later took to Twitter to announce that the GT Neo3 is also coming soon to India. The company VP didn't explicitly mention the smartphone's name, but the post's caption and the short video clip attached leave little to the imagination. The latter also suggests that Realme will bring the GT Neo3's cool Le Mans version to India.

Something Neo to look forward to!⚡ pic.twitter.com/wkJh0QBagx

The Realme GT Neo3, unveiled last month, is powered by the Dimensity 8100 chip, features a slightly bigger 120Hz FullHD+ AMOLED panel, and sports a 50MP triple camera system on the rear. But, its biggest highlight is the 150W charging, advertised to fill the 4,500 mAh battery up to 50% in just 5 minutes. There's also an 80W version of the phone, which packs a 5,000 mAh cell. 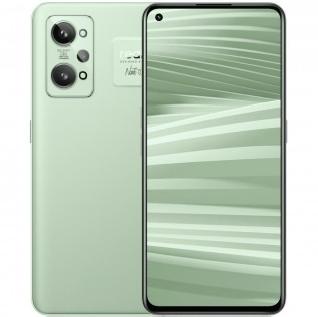 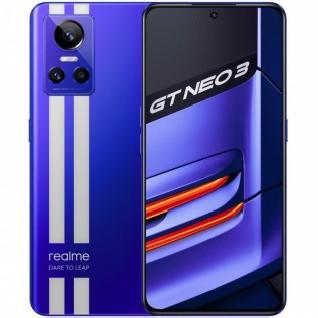 We know the 150W variant will launch in India, but it's unclear if Realme will also bring the GT Neo3's 80W version to its biggest market or skip it. We'll hopefully find that out soon. In the meantime, you can head this way to check out the GT 2 and GT Neo3's detailed specs.

In addition to introducing new products in India at today's event, Realme announced that it will open the world's first Realme flagship store in India soon. It will be located in Ahmedabad, Gujarat, but the young brand didn't reveal where exactly. 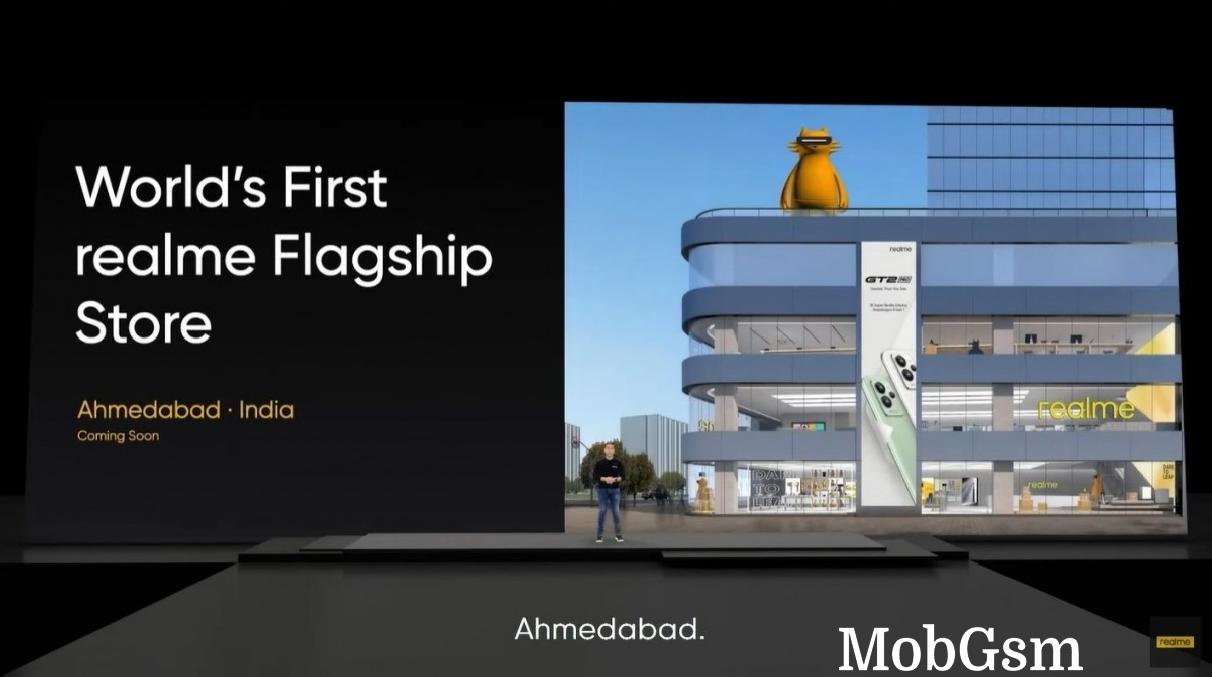