The Realme Watch 3 Pro that was supposed to be unveiled on August 18 alongside the 9i 5G will be introduced on September 6. But that won"t be the only product Realme will unveil next Tuesday since the company today announced it will also launch the C33 on September 6.

However, it appears both products will have different events since the C33"s event will begin at 12PM IST, whereas the Watch 3 Pro"s event will start at 12:30PM IST. Realme"s events usually begin at 12:30PM local time in India, so chances are the company will introduce the C33 in multiple markets simultaneously like the 9i 5G.

Get ready for #NayeZamaneKaEntertainment with the all-new #realmeC33, launching on 6th September, 12:00 PM, on our official channels.

That said, while Realme hasn"t detailed the C33"s specs sheet yet, the company has revealed the smartphone"s design and key specs. Realme is touting the C33 as "Naye Zamane Ka Entertainment" (translation: new age"s entertainment), and it actually looks like the 9i 5G with two rear cameras instead of three. 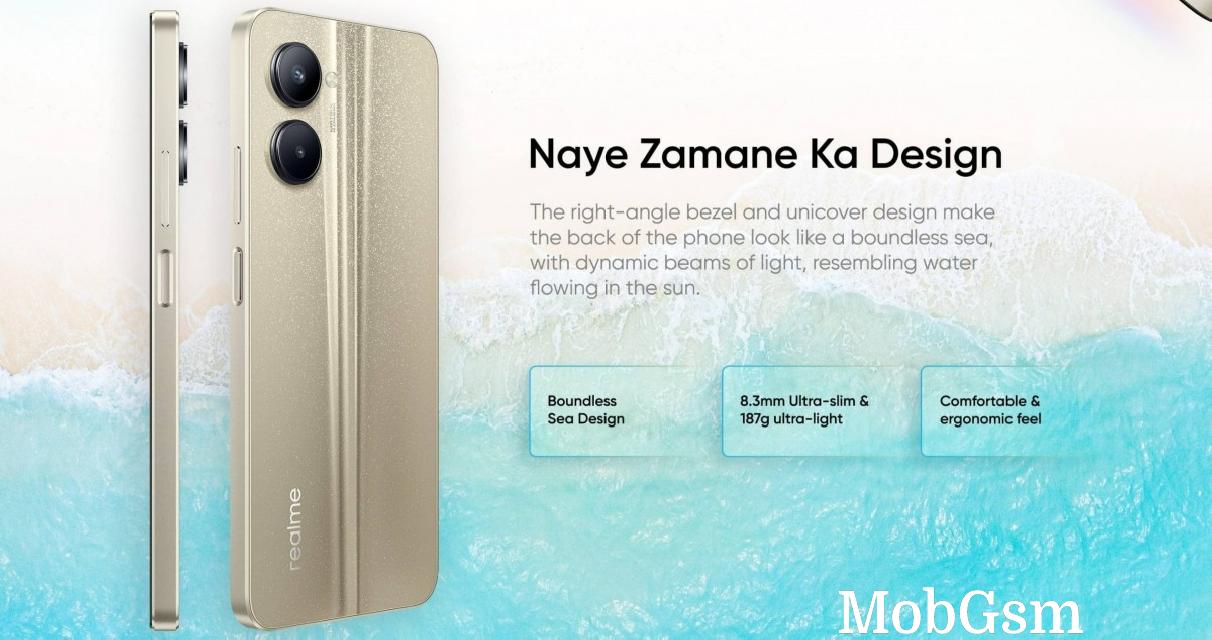 Upon closer inspection, you can also notice that the C33"s rear panel has the "Matrix AI Camera" text below the LED flash, which is not written on the 9i 5G.

Like the 9i 5G, the C33 will also come with a 50MP primary camera and pack a 5,000 mAh battery, but we don"t know if the C33 has the same sensor and charging speed (18W). What we do know is that the C33 will be charged through a USB-C port located at the bottom, flanked by a speaker, microphone, and a 3.5mm headphone jack.

With the announcement still three days away, we could see Realme reveal a few more details about the C33. In the meantime, you can read our Realme 9i 5G"s hands-on here.