Realme launched the C30 in June, and today the company announced it will introduce the "S" model on September 14.

The entertainment superstar is here!

Realme hasn"t detailed the C30S" specs sheet yet, but the company has revealed its design and a few specs. The Realme C30S not just looks similar to the regular C30 but also shares the screen size (6.5") and battery capacity (5,000 mAh) with it. It also has an octa-core CPU under the hood, but we don"t know its name.

One upgrade the C30S comes with over the C30 is the fingerprint reader. It"s embedded in the power button located on the right side for biometric authentication. With the C30, you have to use face unlock or PIN/password/pattern to unlock the smartphone. 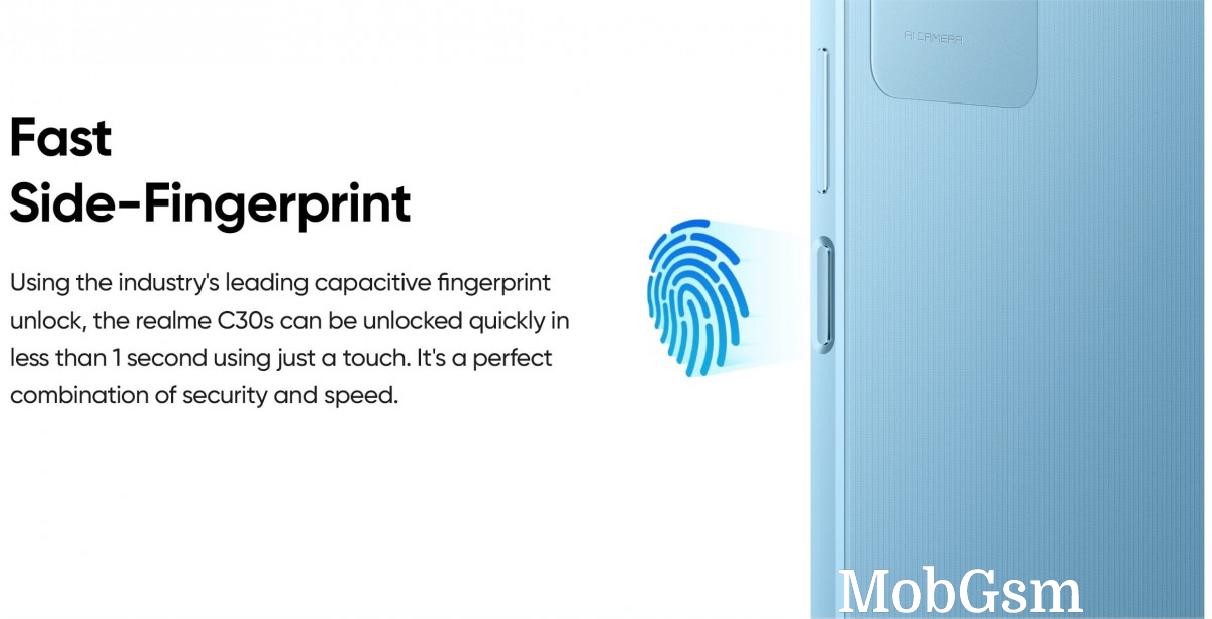 The Realme C30S will come in blue and black colors, and we might see the young brand reveal more about it in the days leading to the September 14 unveiling in India.

In addition to the Realme C30S, Realme will also introduce the GT Neo 3T in India next week. The smartphone will be announced in the country on September 16 at 12:30PM local time.

Every detail is inspired by the iconic racing flag design which carries the spirit of racing and speed!

Introducing #realmeGTNeo3T, your pathway to speed.

The Realme GT Neo 3T isn"t a new smartphone, so we know what"s on offer. It comes with the Snapdragon 870, 6.62" FullHD+ 120Hz AMOLED screen, and a 5,000 mAh battery with 80W charging. It"s basically the GT Neo2 - already available in India - running Android 12 out of the box, having Bluetooth 5.2, and supporting faster charging (80W vs. 65W). The GT Neo 3T is also slightly thinner and lighter than the Neo2.

You can read our Realme GT Neo 3T review here to learn more about it or watch the video review linked below.