Realme 9 Pro+ pops up on Geekbench with Dimensity 920

The Realme 9 Pro series is coming to India, and we’ll see a regular Pro and Pro+ variants. Rumors suggested the Pro+ will come with a Dimensity 920 chipset with 5G capabilities, and today a Geekbench scorecard confirms this.

The device carries a model number RMX3393, will have 8GB RAM in at least one of its versions option, and will ship with Android 12 out of the box. 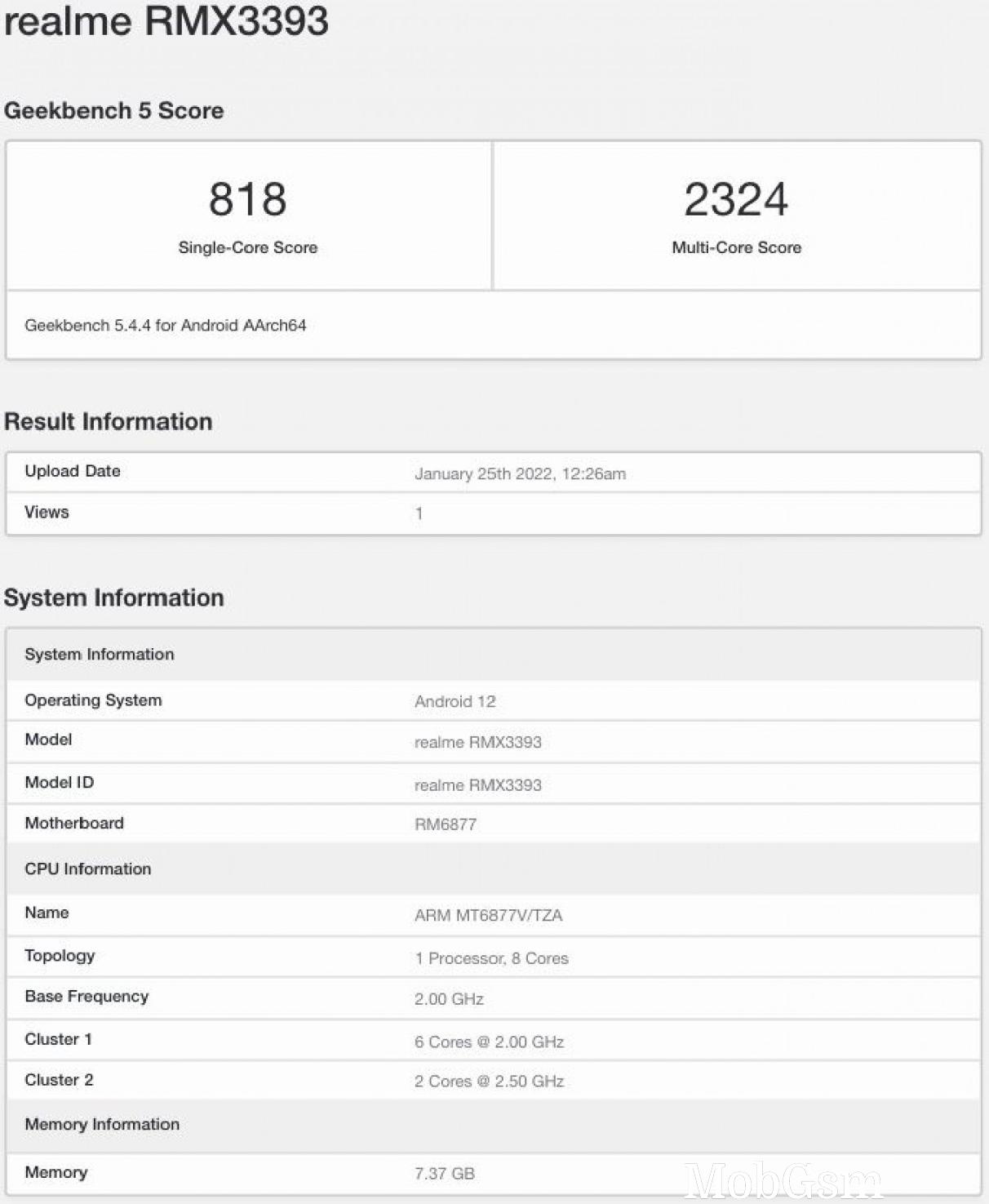 Reports suggest the chipset will be powering a 6.43” AMOLED screen with a 4,500mAh battery and 65W fast charging. We expect a triple camera setup with a 50MP main sensor by Sony.

The Realme 9 Pro+ will be the mightiest of four devices in the Realme 9 family - a Realme 9i, two Pro variants and a vanilla version.

Realme Pad X incoming on May 26