Oppo is used to churning out A-series mid-rangers like there"s no tomorrow, and the next installment in the series will be the A77s, which rumor has it should launch in India very, very soon. It was seen in leaked renders a few days ago, when a lot of its specs were also outed.

Now, it looks like someone in possession of a prototype decided to have it run Geekbench, and you can probably imagine what ensued - there"s a record of its run in the benchmark"s database, and as usual that reveals (or rather, in this case, confirms) a couple of specs. 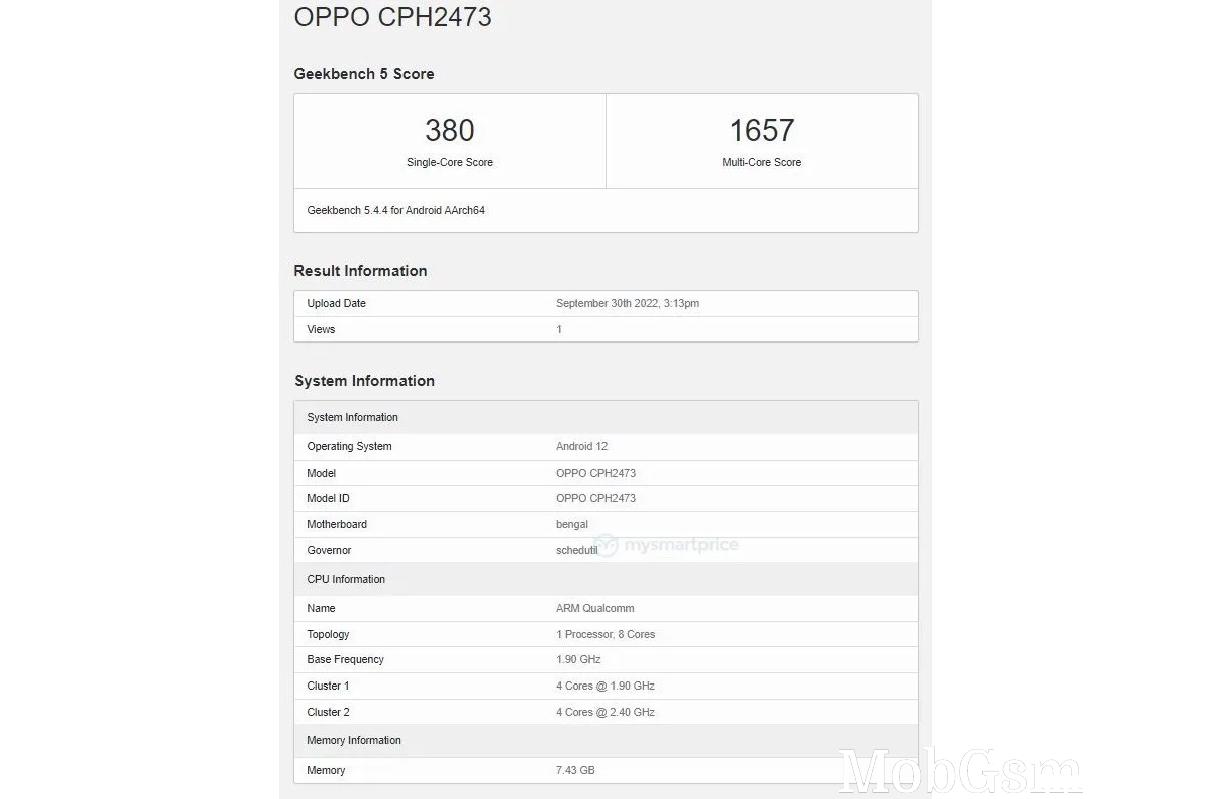 Surprising no one who"s read our previous article about this phone, it turns out that the Oppo A77s will be powered by the Snapdragon 680 SoC. It will come with 8GB of RAM and will boot Android 12, undoubtedly with ColorOS 12.1 on top.

It achieved a 380 single-core score and a 1,657 multi-core score in Geekbench 5. According to that aforementioned spec leak, the Oppo A77s has a 6.56-inch HD+ LCD touchscreen, a 50 MP main rear camera paired with a 2 MP depth sensor, an 8 MP selfie snapper, 128GB of storage, and a 5,000 mAh battery with support for 33W fast charging.

Oppo Pad with Dimensity 9000 in the works