The Infinix Smart 6 unveiled last October will debut in India on April 27. It's powered by the Unisoc SC9863A SoC and runs Android 11 (Go Edition) with XOS 7.6 on top.

Smart desh ka SMART phone coming at a never before price. Launching on 27th April only on @Flipkart

The smartphone has 2GB RAM and 32GB storage onboard, but the Indian model will come with 64GB storage, and you'll also be able to expand the RAM virtually by 2GB. 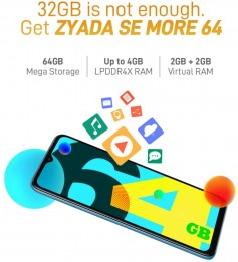 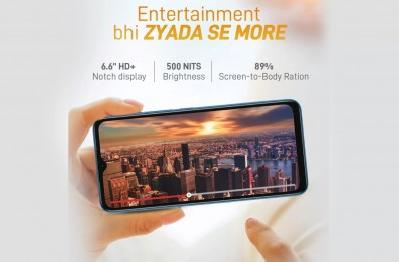 Infinix Smart 6 will come with 6.6" screen and 64GB storage

The Infinix Smart 6 is built around a 6.6" HD+ display with 500 nits peak brightness and a notch for the 5MP selfie shooter. The smartphone's back panel, covered with Silver Ion antibacterial material, sports a fingerprint scanner and a square-shaped camera island with four circles - one for the flash, one for the 8MP primary camera, and one for the depth sensor. The fourth one is just for symmetry. 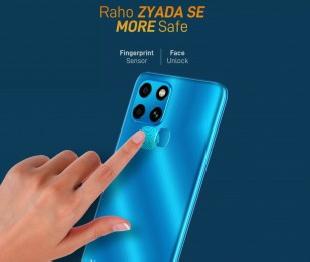 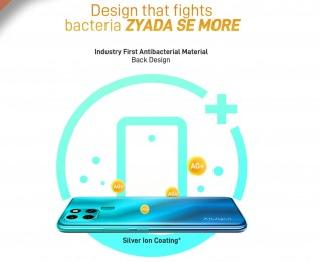 The Infinix Smart 6 also comes with DTS Audio processing and has a 5,000 mAh battery under the hood that draws power through a microUSB port.

Infinix hasn't revealed how much the Smart 6 will cost in India, but the smartphone's promo page on Flipkart says it will be launched in the country "at a never before price." 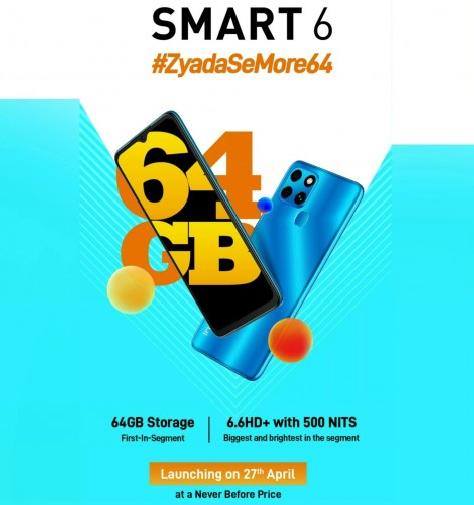 66W charging for vivo S15e confirmed, the phone is coming on April 25

Infinix Zero 5G to get Android 12 in August

Infinix Zero 5G in for review