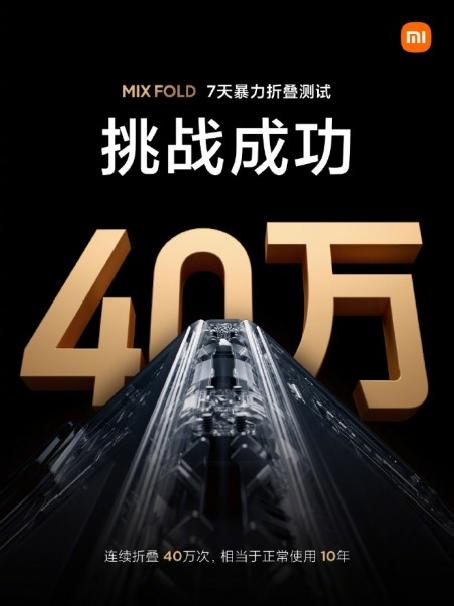 To prove the rigidness of the Mi Mix Fold, Xiaomi put it to vigorous testing. The device withstood more than 400,000 bendings, which roughly translates to about 10 years of normal usage. One would argue that by that time, you"d have other more pressing issues with the phone.

The test itself was carried out in the span of 7 days and the Mi Mix Fold was "violently" folded non-stop during a live stream in China. That"s a pretty harsh stress test if you ask us and normal working conditions would be far less taxing on the hinge.

Microsoft's SwiftKey keyboard is back on iOS, new features expected

Ming-Chi Kuo: demand for iPhone 14 Plus weaker than for mini, 14 Pro Max surpasses its predecessor

Microsoft Defender brings online and local protection to all platforms