Realme to partner with Kodak on its next flagship

Last week, we heard about a Realme GT Master Edition being in the works and now more info is starting to emerge. Realme VP Xu Qi Chase posted an image on his Weibo profile hinting it was taken from the unreleased device. We can see the name of the device is blurred out intentionally at the bottom of the image sample. 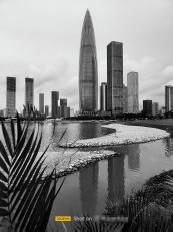 Noted tipster Digital Chat Station also chimed in that Realme is preparing a collaboration with an established photography brand and the GT Master Edition will be the first phone to come out of it.

Another known tipster revealed the partner company is in fact Kodak. The legendary photography company filed for bankruptcy in 2012 and has since focused on software and hardware for commercial printing solutions.

Back in 2015, Kodak launched its first smartphone - the IM5 and then the camera maker also brought the Ektra a year later. You can read more about the Ektra and other weird phones here. In the meantime, we’ll be on the lookout for more details regarding the Realme - Kodak partnership.

Realme GT Neo5 with 240W charging is coming on February 9

Realme V30 pops up on TENAA with key specs