We’ve seen several spec leaks for the upcoming Xiaomi 12T series and it seems the launch is just around the corner – more specifically on Tuesday, October 4. The launch information is not yet confirmed by Xiaomi though the leak comes from a reliable tipster so we can assume it’s legit. The launch event poster details the event will start at 8PM GMT +8 which converts to 12PM UTC and 5:30PM IST time. 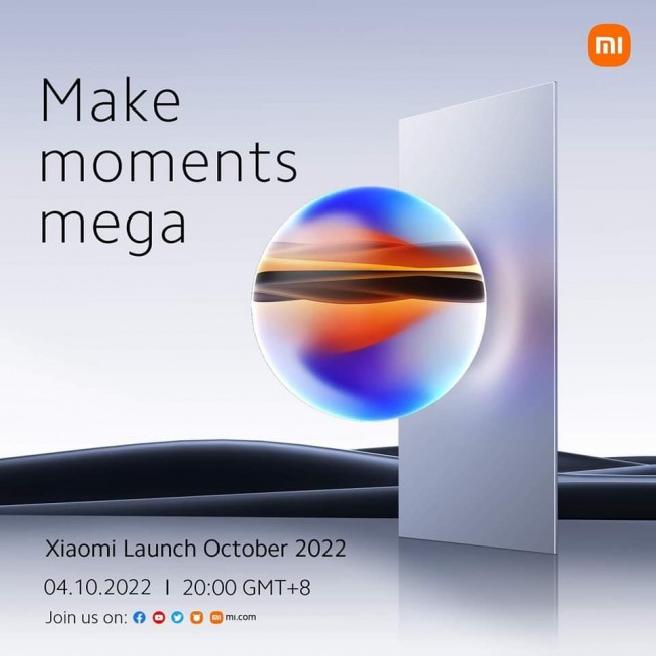 The event poster is titled “ Make moments mega” which is a likely nod to the 12T Pro’s rumored 200MP camera sensor – Samsung’s ISOCELL HP1 sensor which we also saw on the Moto X30 Pro/Edge 30 Ultra. The event will also see the debut of the rumored Redmi Pad tablet and a new pair of Redmi TWS earbuds. That’s all the info we have for now but we can exect more details to emerge in the days leading up to the event.