The vivo X90 series is arriving on November 22, and the mightiest member of the family, the X90 Pro+ was already confirmed to have a 1” sensor. Today a leaked image, apparently designed for the official web page, revealed the phone’s full camera details, as well as most of the info regarding the new display, with some other key features in the mix as well.

The vivo X90 Pro+ will indeed sport the Sony IMX989 1” sensor, and the screen will be a Samsung E6 OLED with LTPO 4.0 technology. 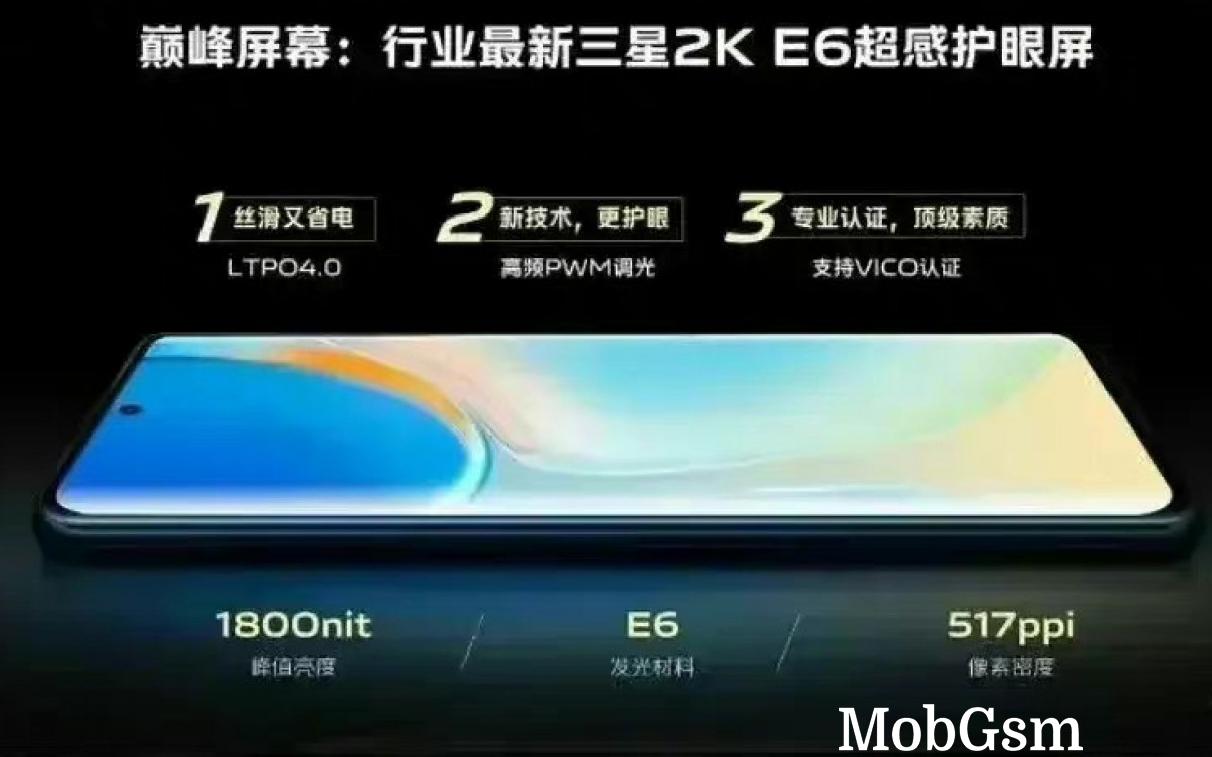 The phone is likely coming with Snapdragon 8 Gen 2 chipset, coupled with a vivo V2 ISP that will bring even clearer photos and videos in a low-light environment. The display is advertised with a 2K resolution, which is what some makers call their QHD+/1440p panels.

This is the same resolution as the predecessor X80 Pro, matching its 517 ppi. 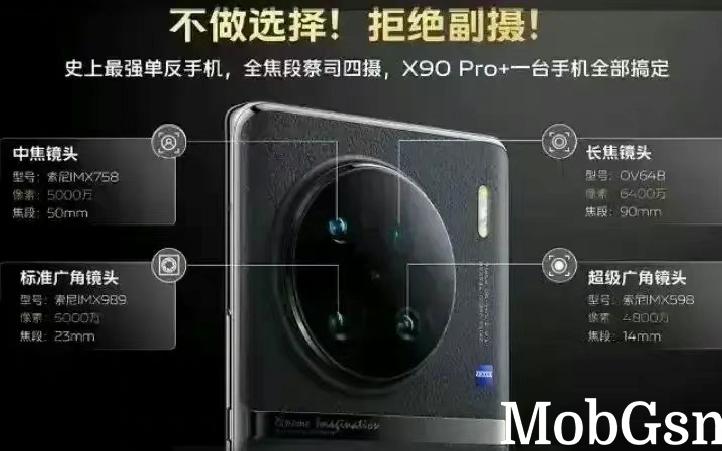 The camera setup is clearly what will make the X90 Pro+ stand out in a crowd - it has four compelling cameras. The 1” Sony IMX989 50MP sensor is the primary camera, but there is also a 50MP telephoto cam with a Sony IMX758 sensor, 64MP periscope unit, and a 48MP Sony IMX598 ultrawide-angle shooter. 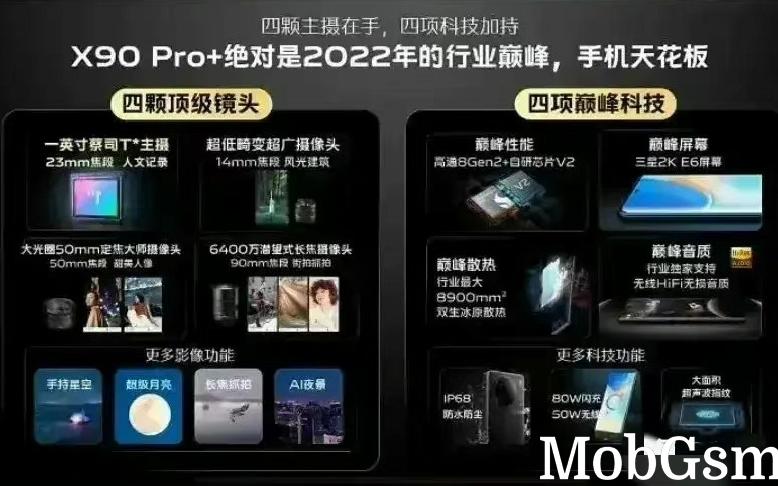 Other specs of this capable phone include Hi-Fi audio, a bigger-than-usual fingerprint scanner under the screen, 80W wired fast charging and 50W wireless support, and an IP68-certified body.

The final question that is yet to be answered at tomorrow’s event is how much would this smartphone cost and whether vivo would say something about global availability.

vivo X90 series is getting announced on November 22