The vivo X Fold+ is right around the corner with an official announcement event already set for September 26 at 7 PM local time in China. We know plenty of details about the phone, but now there"s one more to add to the mix - Qi wireless charging at up to 11W. 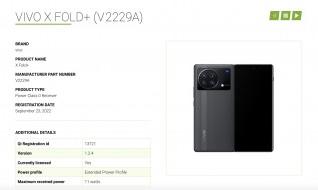 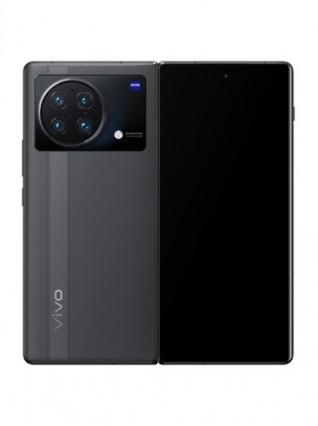 The source is as official as they come. The X Fold+ is certified for the Qi Extended Power Profile, which as a reminder, supports up to 15W of charging, but the foldable will only be able to make use of up to 11W. Now, given that the original vivo X Fold can charge at up to 50W wirelessly, we are inclined to believe that this 11W rating might relate to the X Fold+"s reverse wireless charging instead.

The certification also features a render of the phone, which is nice, though vivo hasn"t exactly been shy about showcasing and teasing the phone.

As for other specs of the X Fold+, the company has already confirmed quite a few things. We know the phone will run on Qualcomm"s Snapdragon 8+ Gen 1 chipset, have 80W fast charging (up from 66W in the previous model), and that over 5,000 Android apps have been optimized or the OriginOS Ocean version for the X Fold+.

Some other specs speculations include 12GB of RAM, 512GB of storage, and a 4,730mAh battery (up from 4,600mAh on the original). Also, an 8.03-inch 120Hz foldable inner display and a 6.53-inch external one. The camera setup is rumored to include a 50MP main snapper, 48MP ultrawide, 12MP portrait camera and 8MP periscope on the rear and a 32MP selfie. We can"t say whether the X Fold+ will be a China exclusive like its predecessor or it will eventually see a global release. Hopefully, it"s the latter.