While most of the hype surrounding Samsung’s upcoming Galaxy Unpacked event is understandably centered around the Galaxy Z Fold4 and Z Flip4, Samsung will announce more gadgets on stage. One of the expected new products is a new pair of flagship wireless earphones and the folks over at WinFuture obtained an official-looking image of the Galaxy Buds2 Pro as well as their detailed specifications. 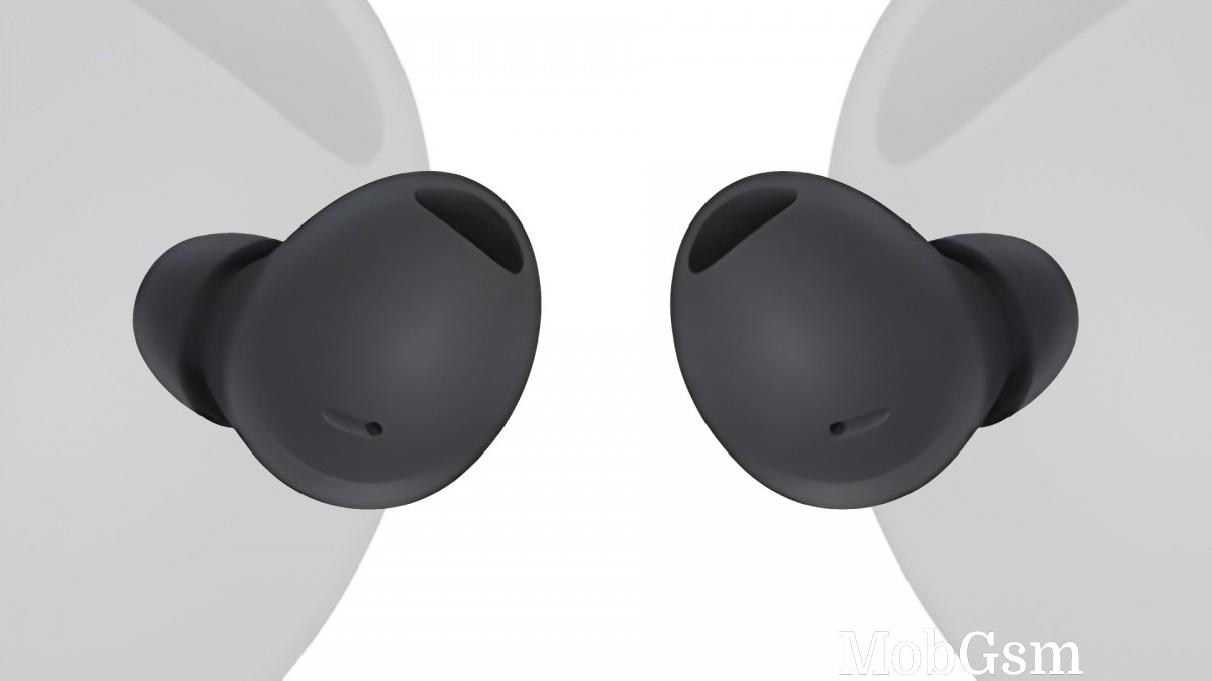 Galaxy Buds2 Pro are pictured in their Zenith Grey color and they look quite similar to the original Buds Pro though with an almost entirely matte finish. The leaked spec sheet suggests 10mm drivers, Bluetooth 5.3 connectivity and multiple microphones on each bud for optimal voice pickup and noise cancellation. Samsung is expected to bring “Intelligent Active Noise Cancellation” on the Buds2 Pro which should block out even more outside noise than older Galaxy Buds models.

Galaxy Buds2 Pro are also said to bring 360-degree audio for a more immersive experience in supported apps and HD voice pickup for clearer calls. The source also mentions an IPX7 rating just like on the original Galaxy Buds Pro which covers water submersion up to 1m heights for half an hour. Battery life is rated at 8 hours of playback time on a single charge and up to 29 hours thanks to the charging case. The case will be able to charge wirelessly as well as via its USB-C port.

The report speculates that Buds2 Pro will go on open sale from August 26. They will be available in Zenith Grey, Zenith White and Bora Purple colors with retail pricing of €229 in Europe and $229 in the US.

Samsung Galaxy A04 Core appears on Geekbench with key specs

Galaxy Z Fold4 and Flip4 Unpacked: what to expect