Samsung introduced the Galaxy A13 5G last December and followed up with the 4G model in March, joined by a Helio G80-powered variant in June. In the next few months, we could see the Korean brand unveil the Galaxy A14, which has appeared in leaked renders.

Unlike the Galaxy A13, which came with an Infinity-V screen, the Galaxy A14 will pack an Infinity-U display. The source says this could be an LCD panel, measuring 6.8" diagonally and having FullHD+ resolution.

The rear side of the Samsung Galaxy A14 looks similar to the Galaxy A13 5G since it sports three cameras instead of four on the 4G models, with the flash placed on the right side between the first two cameras. 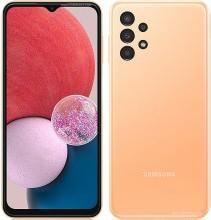 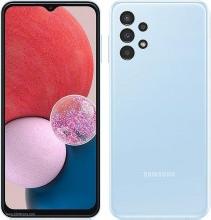 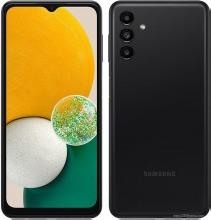 The Samsung Galaxy A14"s right-side frame sports the volume rocker and a power button that doubles as a fingerprint scanner, while the SIM card slot is located on the left. At the bottom is the USB-C port, flanked by a 3.5mm headphone jack, microphone, and speaker grille. On the opposite side is the secondary mic. 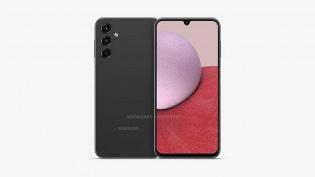 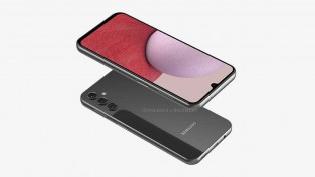 The source claims the Samsung Galaxy A14"s dimensions are 167.7 x 78.7 x 9.3mm, making it 0.5mm thicker than the Galaxy A13"s 4G and 5G models. Whether or not that increase in thickness translates to an increased battery capacity from 5,000 mAh on the Galaxy A13 remains to be seen.

We"ll likely hear more about the Samsung Galaxy A14 in the coming months.