The Samsung Galaxy A14 5G appeared in CAD-based renders back in October, and today the first leaked press image revealed they were close - the new phone will look a lot like its predecessor with the triple camera and the waterdrop notch. 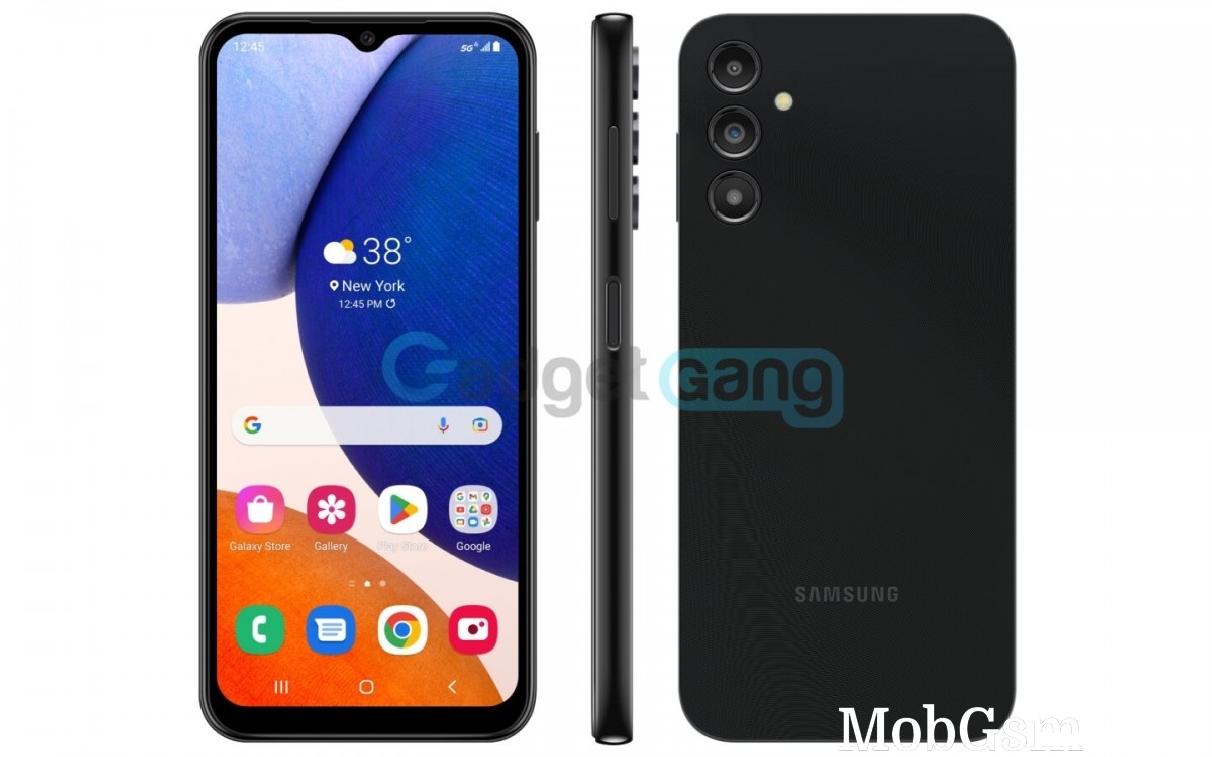 According to the source, the screen is a 6.8” LCD with HD+ resolution, and we can see the fingerprint scanner on the side, embedded in the power key. The notch on the top has a 13MP sensor for selfies, while the main shooter on the back will have a 50MP sensor.

The Galaxy A14 5G is said to run on a Samsung Exynos chipset that is still unannounced. The battery capacity will be 5,000 mAh and we do not expect anything huge in terms of charging speeds - likely 15W, similar to the Galaxy A12 and Galaxy A13 5G.

The phone will be “aggressively priced”, as the source put it, although we are yet to learn the specifics.