The Indian division of Redmi held an event today where it announced three phones - Redmi 11 Prime 5G, Redmi 11 Prime, and an ultra-affordable Redmi A1. All phones are powered by Mediatek chipsets and sales will begin later this week.

Xiaomi is shipping this Redmi with MIUI 13, based on Android 12. The battery is 5,000 mAh with support for 18W fast charging, but the adapter in the box can provide 22.5W rates.

Other specs include a side-mounted fingerprint scanner, a long tray for two SIM cards and a micro SD, 3.5 mm audio jack and FM Radio. 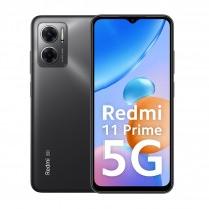 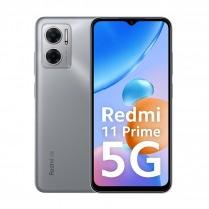 The Redmi 11 Prime was also introduced on stage, but the device is yet to be launched. The company executives highlighted some of its key features, including a Helio G99 chipset. Just like its 5G sibling, the phone has a 6.58” LCD with a 90 Hz refresh rate and a FullHD+ resolution, as well as a waterdrop notch on the top. There is also Gorilla Glass on top of everything to protect the screen. 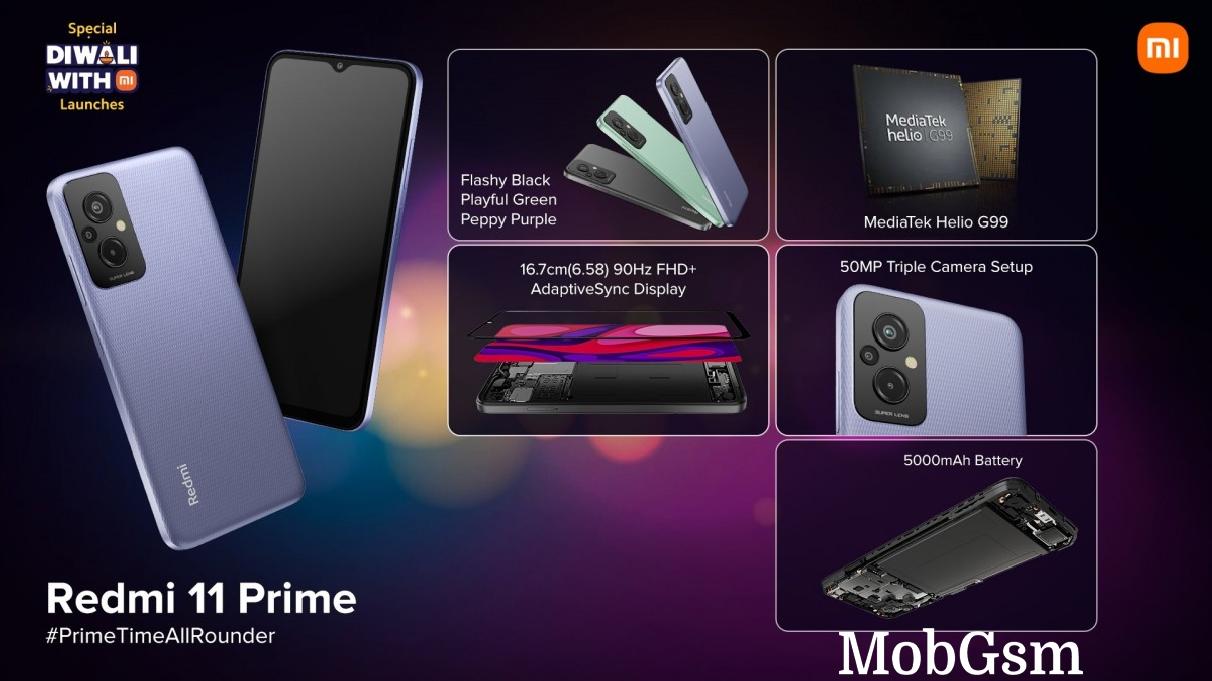 The shooters on the back are listed simply as “50 MP triple camera system”. The main is obviously 50 MP, while the other two are depth and macro cams, and given the Prime moniker, we can assume each comes with a 2 MP sensor. The selfie camera is 8 MP.

The battery is 5,000 mAh and Redmi also ships a 22.5W charger in the box but once again the charging rates of the Prime are capped at 18W. There is also a 3.5 mm audio jack, an IR blaster, and the latest Bluetooth 5.3. 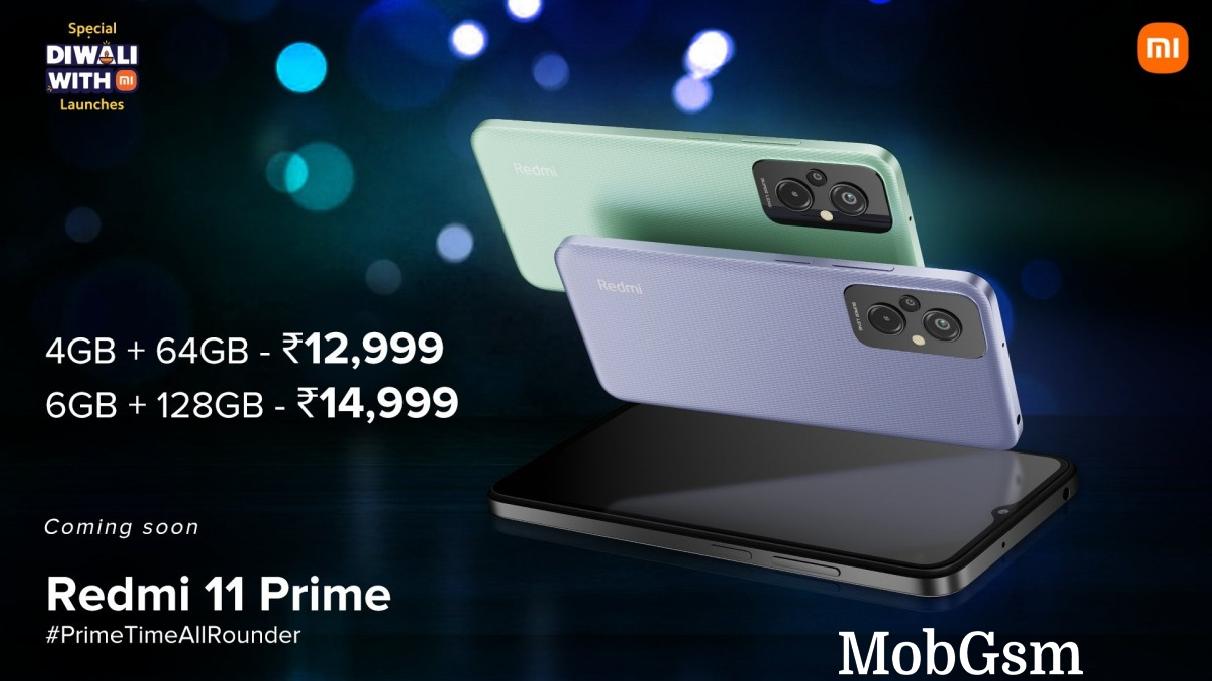 Xiaomi stopped short of announcing a launch date, saying the Redmi 11 Prime will arrive “soon”. It did reveal the prices on the Twitter page of Redmi India - it is INR12,999 for 4/64 GB and INR14,999 for 6/128 GB. Color options are three - Black, Green, and Purple, the latter two with a fancy diamond-shaped design.

This phone leaked earlier today, and now we can confirm it is indeed real. The name Redmi A1 has nothing to do with the Xiaomi Mi A1, although it keeps its reference to top quality, and the official slogan is “Life banao A1” which translates as “Make Life A1”.

The Redmi A1 has a leathery finish on the back, and many assume leather to be a premium texture, even if the smartphone itself has a plastic panel. On the inside, we have Helio A22 chipset, coupled with 2 GB RAM and 32 GB storage. There is also a micro SD slot for up to 512 GB more. 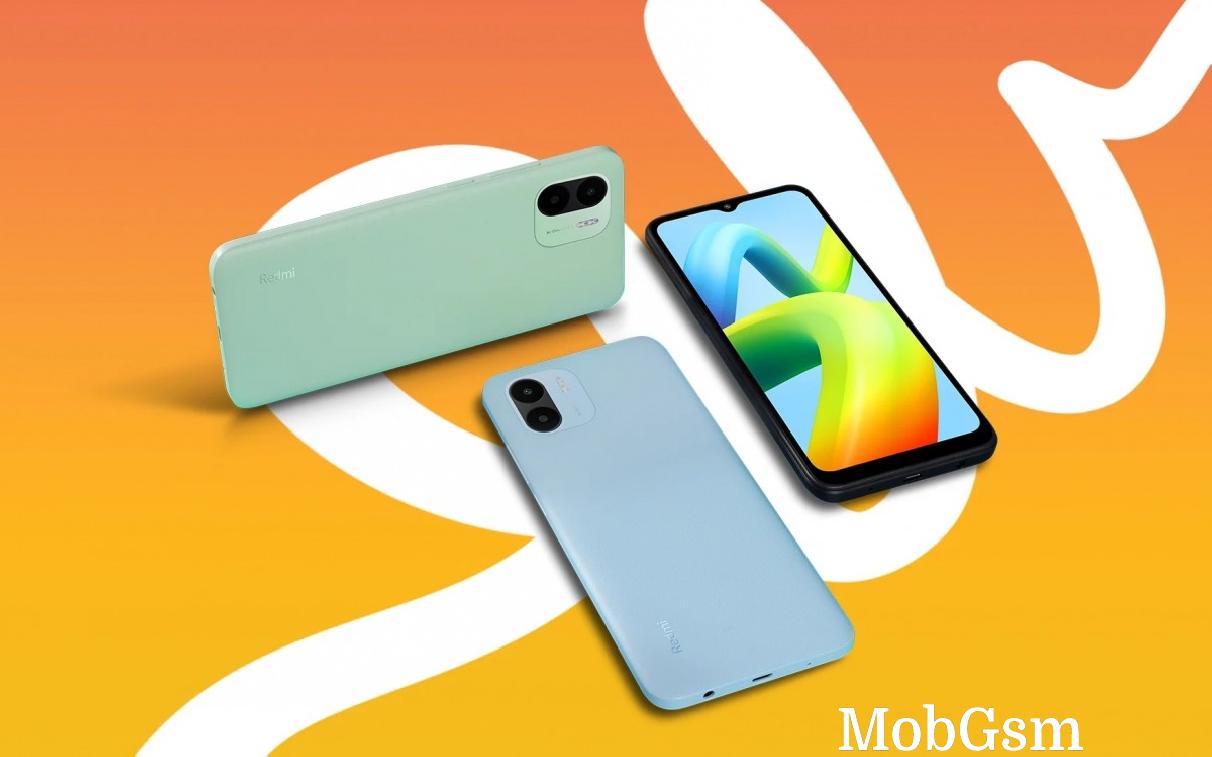 The front of the phone has a 6.52” LCD with 720p resolution and a tall 20:9 ratio and even supports a 120 Hz touch sampling rate. The back has a dual-cam setup that resembles the Xiaomi 12 flagships. The main shooter is 8 MP, and the second is 2 MP. The selfie camera is 5 MP.

Just like its mightier siblings, the Redmi A1 has a 5,000 mAh battery, which is huge for such an affordable device. Sadly, it has a micro USB port on the bottom, which is a disappointing feature for a smartphone, launched in the second half of 2022. There is no MIUI here, the Redmi A1 runs a clean Android 12. 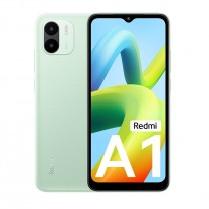 The price of the Redmi A1 is INR6,499, which is about $80. The first flash sale is scheduled for September 9 and the phone can be purchased in Black, Blue, or Green colors.