Last week, we got our first look at the OnePlus 11 Pro as leakster OnLeaks shared the smartphone's renders. Now the same source is back with the OnePlus 11 Pro's full specs, giving us an idea of what to expect from the Chinese brand's next flagship.

The OnePlus 11 Pro will be powered by the Snapdragon Gen 2 SoC, which is expected to go official in November at Qualcomm's Snapdragon Summit. The smartphone will likely run Android 13-based OxygenOS 13 out of the box and come with up to 16GB RAM and 256GB storage, with the base model having 8GB RAM and 128GB of storage onboard. 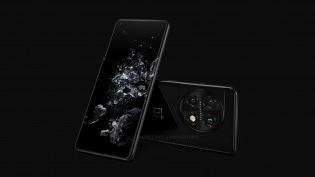 The OnePlus 11 Pro will sport a 6.7" QHD+ 120Hz AMOLED screen with a punch hole in the upper-left corner for the 16MP selfie camera - a downgrade from the 10 Pro's 32MP selfie shooter in terms of resolution.

For regular photos and videos, you'll get a 50MP primary camera on the 11 Pro's back panel, joined by a 48MP ultrawide and a 32MP telephoto unit with 2x optical zoom. The camera system will also come with Hasselblad tuning.

Keeping the entire package up and running will be a 5,000 mAh battery with 100W wired charging, but it's unclear if it will go up to 100W in Asia and Europe only or if North American units will also go that fast. 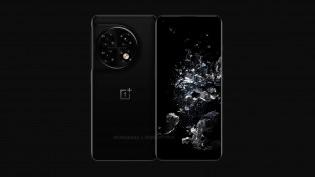 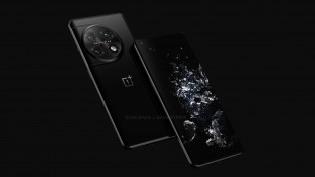 The rest of the OnePlus 11 Pro's highlights include an alert slider, an in-display fingerprint scanner, and Dolby Atmos support. The smartphone will have a USB-C port at the bottom, and wireless connectivity options include Bluetooth 5.2 and Wi-Fi 6E. It will also support 5G networks.

There's no word from OnePlus about the 11 Pro, but it's expected to arrive earlier than the OnePlus 10 Pro, which was officially unveiled this year in January.