The poster shared by nubia doesn"t divulge anything about the Red Magic 8 Pro, but the word "series" in the image suggests the company will unveil at least two phones next Monday. 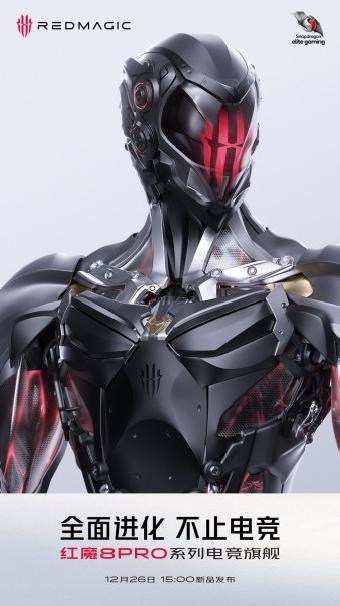 The Red Magic 8 Pro is expected to have two versions - one with a 5,000 mAh battery and another with 6,000 mAh. The former could support 165W charging, and the latter might charge slower.

We expect nubia to reveal more about the Red Magic 8 Pro series in the days leading to the December 26 unveiling.

Red Magic 8 Pro goes global with minor changes, will be available from February 2