The Motorola Moto G22 unveiled last month will debut in India on April 8. This revelation comes from Indian online retailer Flipkart, which set up a promo page on its website for the Moto G22, revealing the smartphone's specs and color options for the Asian country.

The Moto G22 is powered by the Helio G37 SoC and runs a "near-stock" version of Android 12. It has 4GB RAM and 64GB of storage onboard and a dedicated microSD card slot for storage expansion up to 1TB. 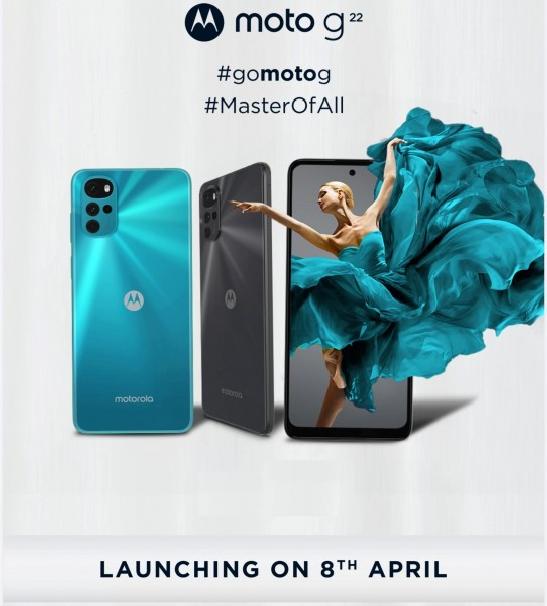 The smartphone's built around a 6.5" 90Hz HD+ LCD and has a water-repellent design. It features a 16MP selfie shooter and sports a quad camera setup on the rear comprising 50MP primary, 8MP ultrawide, 2MP macro, and 2MP depth units. 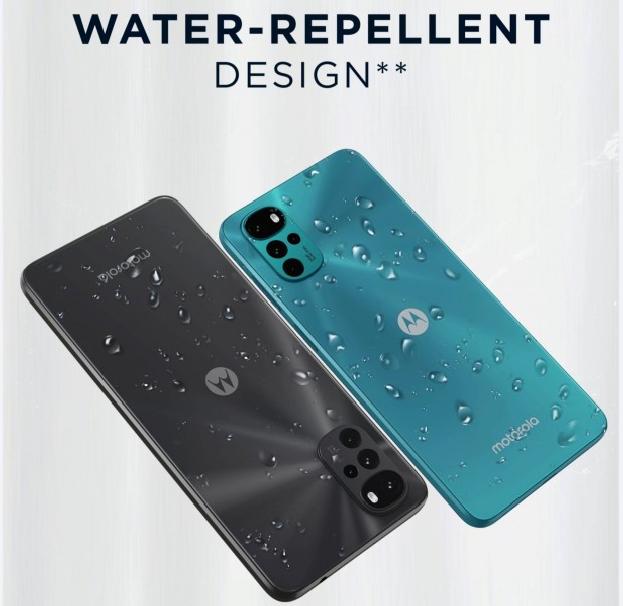 You also get a side-mounted fingerprint scanner on the Moto G22 for biometric authentication, and fueling the entire package is a 5,000 mAh battery, which, in India, will support 20W charging instead of 15W. 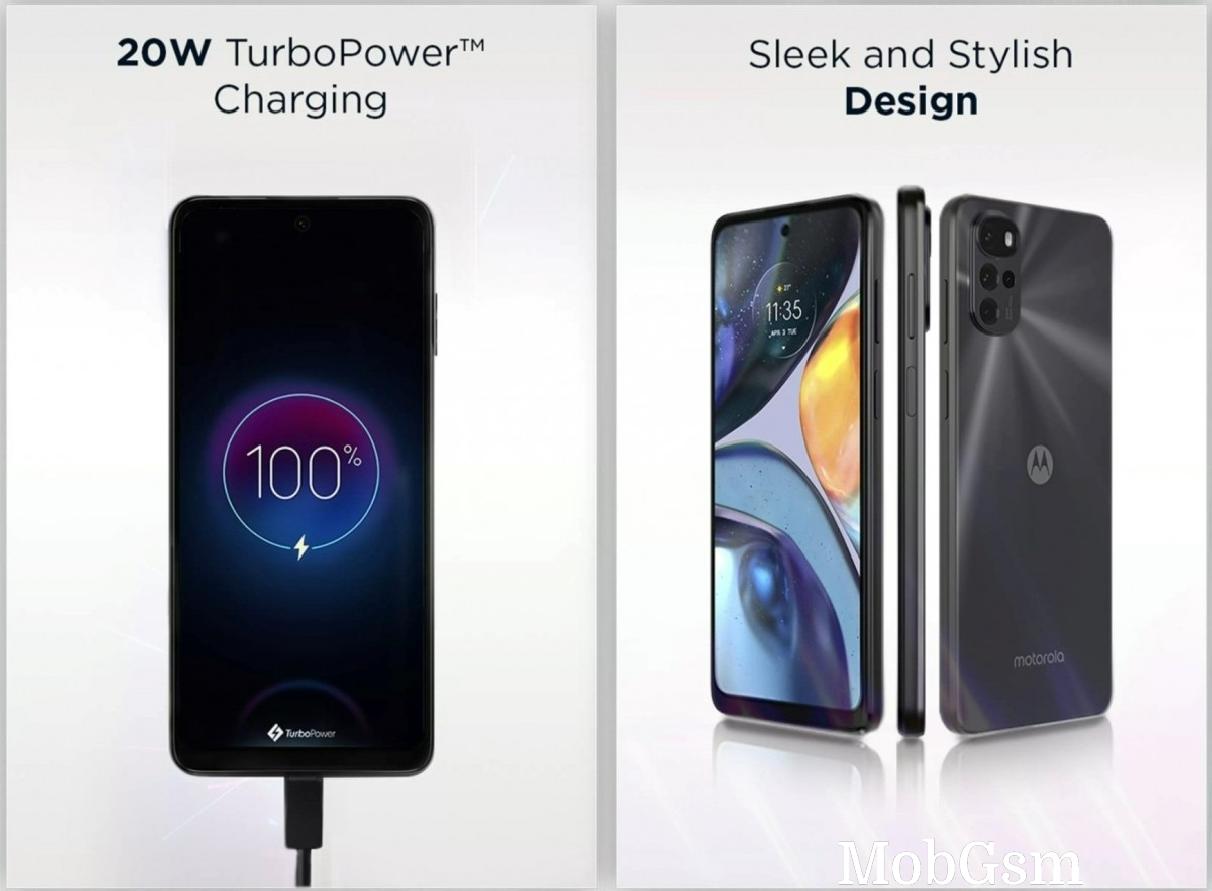 The Motorola Moto G22 was announced in three colors - Pearl White, Cosmic Black, and Iceberg Blue. But Flipkart's promo page only includes the last two, suggesting the Pearl White version won't launch in India. At least not on April 8. 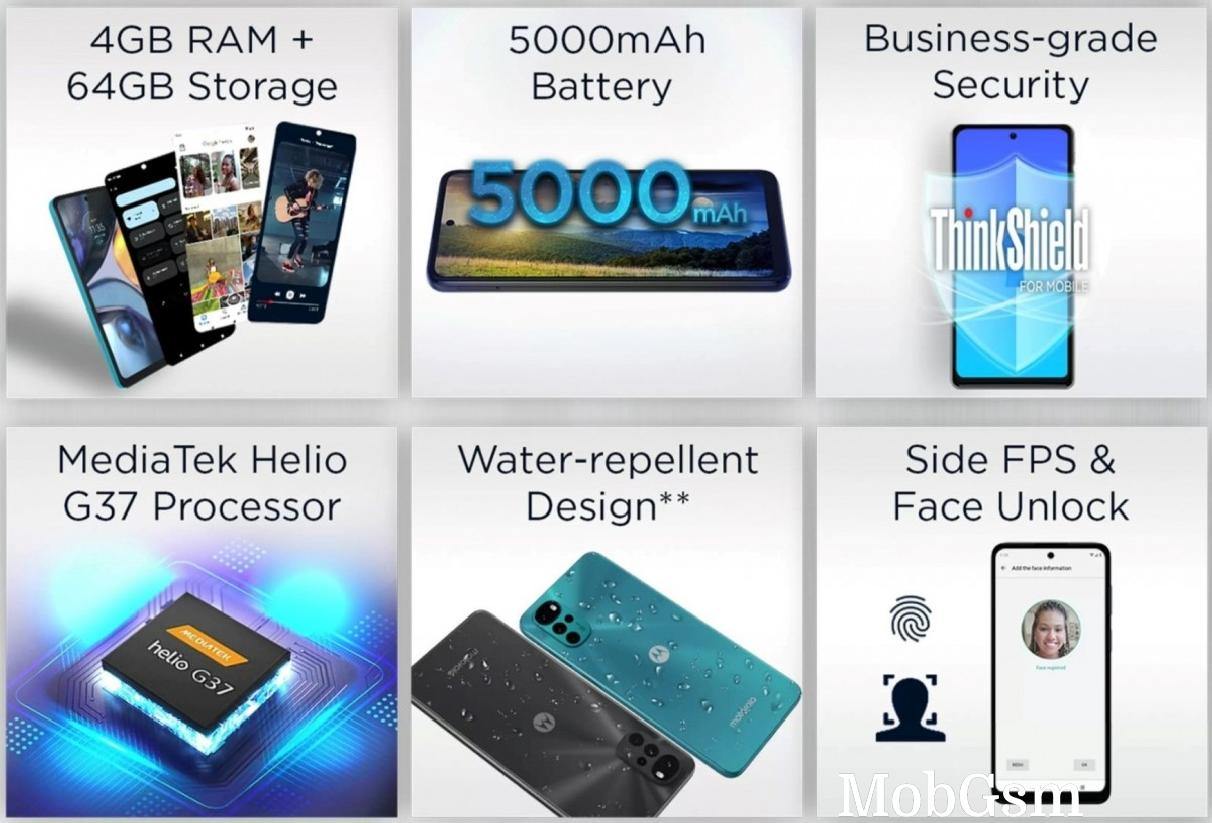