Motorola launched the Edge 30 Ultra in India back in September, and the phone was offered with one memory combination 8GB RAM and 128GB storage, priced at INR59,990 ($745/€760). Now the flagship smartphone with a 200MP camera is also available with 12GB RAM and 256GB storage, the company announced on Twitter. 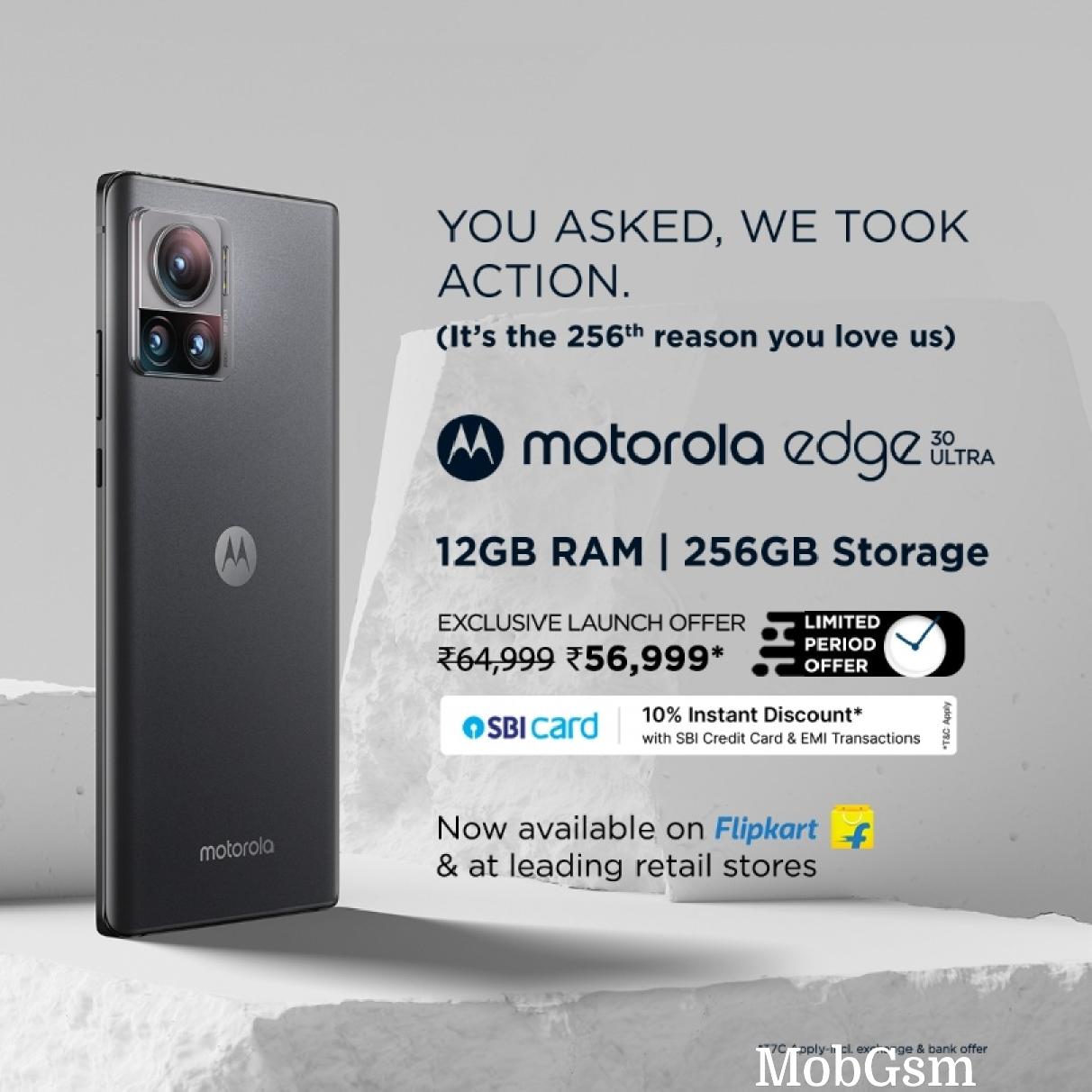 Motorola India is offering the Edge 30 Ultra on Flipkart but the 12/256 GB version is out of stock, both in Black and White colors. It is priced at INR64,999 but on Twitter, the company claimed the cost can go down to INR56,999 with select bank offers and exchange deals.

We already reviewed the Edge 30 Ultra and established the 200 MP camera is only one of the good features; it also has a super smooth 144 Hz display, stylish no-nonsense looks, clean-ish Android and comes with promises for three major OS updates. We heavily recommended the device for the Indian market, and now with the even mightier memory, it sounds like a proper deal.