Mediatek Dimensity 8200 is official with 3.1 GHz CPU and ray tracing

Mediatek introduced the Dimensity 8200 - a new chipset that brings flagship-level experience to premium smartphones. It is built on the 4 nm process technology and comes with HyperEngine 6.0, which supports Vulkan SDK for raytracing in gaming, FPS improvement and smart resource optimization. 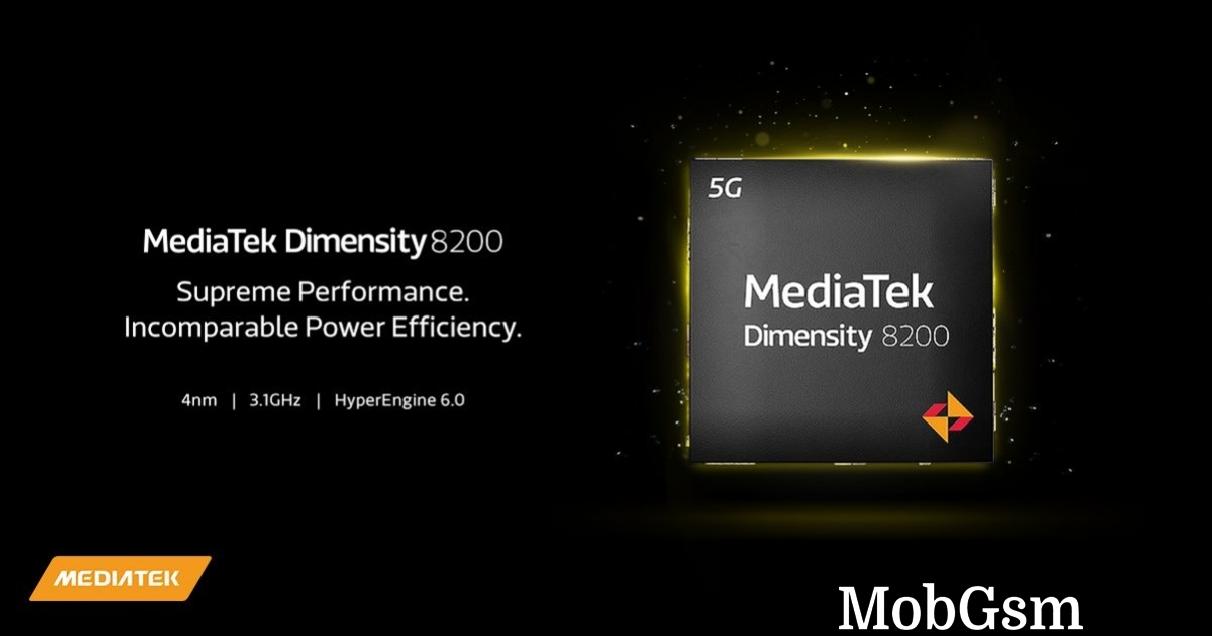 Mediatek brought improved camera support and Imagiq 785 ISP, but the big changes from predecessors are fueled by the mightier processor. It will allow HyperEngine, a set of features dedicated to improving gaming performance in smartphones in the flagship-killer territory.

Devices with Dimensity 8200 will have the chance to intelligently adapt the refresh rate when a game is powered - the chip will adjust automatically, according to the frame rate.

Connectivity-wise, the new chip inherited from its predecessors the dual-5G connectivity, Wi-Fi 6E, Bluetooth 5.3 and the downlink speed. The max refresh rate increased ever so slightly, but it is still up to the manufacturers to actually enable this feature on their smartphones.

Speaking of smartphones, we already have devices with Dimensity 8200. The first one on the market is the iQOO Neo7 SE, announced earlier today in China. Xiaomi said on Weibo it is also planning to launch a Redmi K60E phone but did not give any time frame.

Dimensity 9200 is arriving on November 8

MediaTek announces Dimensity 1080 with bump in CPU and efficiency