Motorola will probably announce a bunch of new smartphones very soon, judging by all the certifications lately. The supposed Motorola Edge 40 Pro passed through TENAA and FCC this month, which will likely be accompanied by the vanilla Motorola Edge 40 as well. Today, 3C and TENAA listings surfaced, suggesting a third, another Motorola smartphone is in the pipeline.

In both documents, the phone is referred to as XT2335-3. As usual, the 3C listing doesn"t reveal much, but the TENAA one has a few key specs for us. The display is a 6.5-inch IPS LCD with a modest 720 x 1600px resolution and an unnamed octa-core CPU with main cores running at 2.2 GHz. 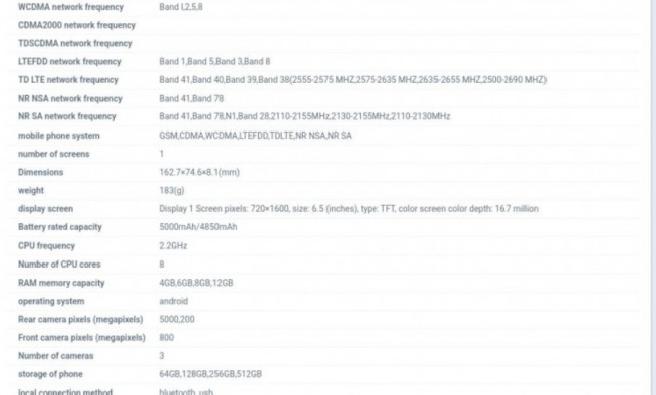 A screenshot from the TENAA listing

Interestingly, the handset will come in 4GB, 6GB, 8GB and 12GB memory and 64GB, 128GB, 256GB and 512GB storage variants. Those configurations seem like an overkill for an ultra-budget smartphone. A 5,000 mAh battery will power all that hardware.

The camera department is led by a 50MP main camera aided by a 2MP one. On the front, the Motorola will sport an 8MP selfie camera.

Perhaps the next time we hear about this device will be during an official announcement from Motorola, seeing that it has cleared the usual Chinese certification processes.