Recent leaks have revealed upcoming Motorola mid-rangers and entry level phones – we saw the Moto G53 and G73 a few days ago, then the the Moto G23 yesterday. Before even that there were the G13 and E13 images, but now we now have more images and fairly detailed specs for the two phones thanks to leakster Sudhanshu Ambhore. 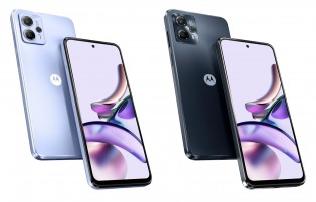 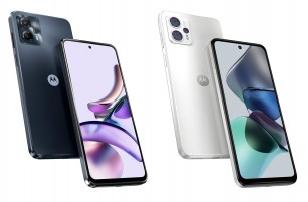 The Moto G13 and G23 look basically the same

The Motorola Moto G13 appears to be almost identical to the G23. The two certainly look identical, but the devil is in the details. The G13 will have a 2MP depth camera where the G23 has a 5MP ultra wide. Also, the selfie camera resolution drops in half to 8MP. And fast charging for the 5,000mAh battery is dialed back to 20W (from 30W). 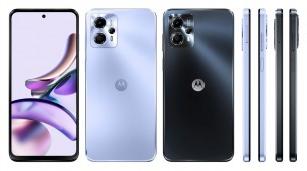 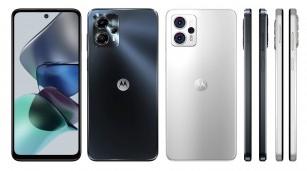 The two phones are powered by MediaTek’s Helio G85 and will run Android 13. There’s no word on the memory configuration for the Moto G13, but the G23 is supposed to have 4GB of RAM 128GB storage. Other details include an IP52 rating, a USB-C port, 3.5mm jack and stereo speakers.

Moving on to the Motorola Moto E13, this is a low end interpretation of the G13. This means a 6.52” LCD with HD+ resolution and a Unisoc Tiger T606 chipset (similar 2x Cortex-A75 and 6x A55 CPU configuration though at lower clock speeds and a slower Mali-G57 GPU). The E13 will run Android 13 Go Edition.

The battery has the same capacity, 5,000mAh, but charge speed falls even lower to 10W (over USB-C). There is also a basic 13MP camera, plus a microSD slot for extra storage. 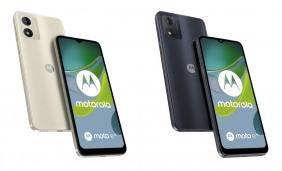 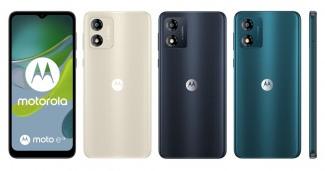