It was a big day today for vivo, it having launched the X Fold, X Note, and Pad in China, and in a couple of days its sub-brand iQOO is holding a launch event of its very own. On April 13, the iQOO Neo6 will be made official, and over the weekend the company has already unveiled the fact that its main rear camera would be a 64 MP unit with OIS.

Today, iQOO is at it again, releasing the teaser poster you can see below, which clearly states that the Neo6's battery capacity will be 4,700 mAh, and it will support 80W fast charging. Apparently this means you can charge for just five minutes and then get two hours of gaming from that. 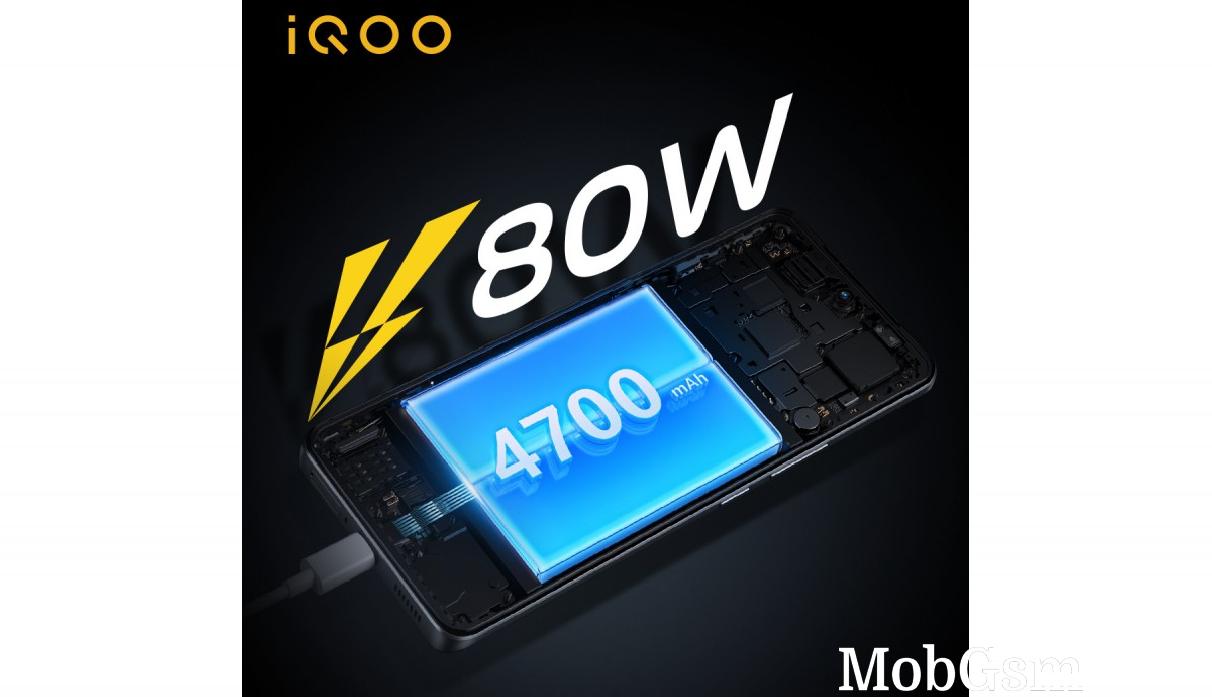 According to previous leaks and rumors, the Neo6 will sport a 6.62-inch FHD+ AMOLED screen with 120 Hz refresh rate and embedded fingerprint scanner, as well as a centered hole-punch housing a 16 MP selfie camera. On the rear there will be a triple setup with a 12 MP ultrawide and a 2 MP depth sensor alongside the 64 MP main unit. The phone will be powered by Qualcomm's Snapdragon 8 Gen 1, paired with up to 12GB of LPDDR5 RAM and up to 256GB of storage. It's expected to land in orange, black, and blue, and run Android 12 from day one.

iQOO Neo6 SE's display detailed ahead of May 6 launch