iQOO Neo6 will be unveiled on April 13

The iQOO Neo6 we've been hearing about since last December finally has a launch date - April 13. The Neo6 will be announced in China next month, but we don't have confirmation on its global debut yet.

iQOO is promoting the Neo6 as the next-generation gaming flagship but hasn't divulged its specs yet. However, thanks to Geekbench, we know it will have the Snapdragon 8 Gen 1 SoC at the helm with 12GB RAM. 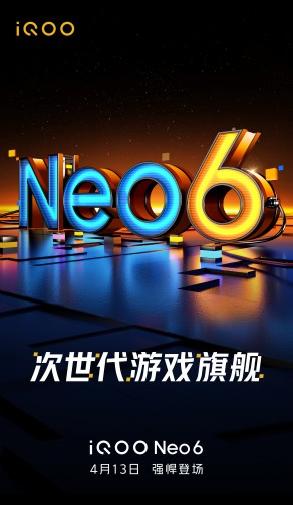 We'll likely learn more about the iQOO Neo6 as we inch closer to its April 13 unveiling.

iQOO Neo6 SE's display detailed ahead of May 6 launch