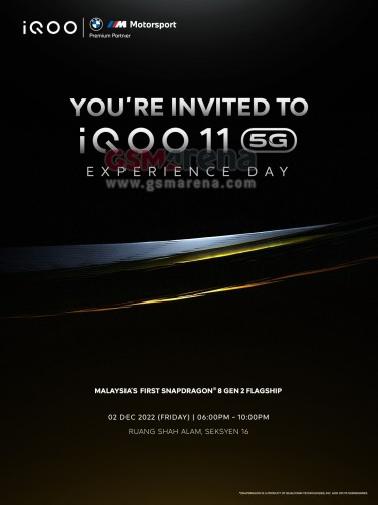 iQOO hasn"t detailed the iQOO 11 5G"s specs sheet yet but touted it as the "king of gaming smartphones" in the media invite sent to us. Whether or not that means the presence of gaming features such as the In-Display Monster Touch previously seen on the iQOO 7 Legend, iQOO 9, and iQOO 9T remains to be seen.

That said, iQOO previously teased the iQOO 11 5G on social media as a smartphone with the "fastest refresh rate" and "powerful battery life." The iQOO 11 5G"s leaked specs revealed the smartphone will feature a 6.78" 144Hz 1,440p screen and a 5,000 mAh battery with 120W charging. It might also have the vivo V2 chip onboard, which will debut on the X90 series first. 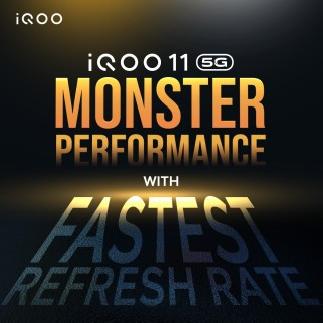 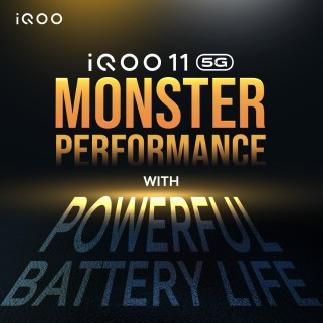 iQOO hasn"t yet revealed the iQOO 11 5G"s design either. However, the company has confirmed BMW M Motorsport as its premium partner, so you can expect it to have a version sporting a white-colored back panel with red, black, and blue-colored stripes representing BMW Motorsport.

With the launch still over a week away, you can expect iQOO Malaysia to reveal more about the iQOO 11 5G to build hype around it. However, it"s unclear if the iQOO 11 will be the only smartphone that will be introduced in Malaysia next week or if it will be accompanied by the iQOO 11 Pro, which we exclusively reported last week will come with the Snapdragon 8 Gen 2 SoC, 6.78" E6 AMOLED display, Android 13, and the vivo V2 chip. It might launch in India in January.

iQOO 11 with Snapdragon 8 Gen 2 is coming soon to Malaysia, might feature V2 chip