When iFixit took apart the iPhone 14 it discovered that Apple has redesigned the internals to make the phone easier to repair, earning it a decent score of 7/10 on the repairability rating. The new Apple Watch Ultra has four exposed screws holding the back panel – does that mean that the new $800 smartwatch is easy to repair?

Well, no. Check out iFixit’s teardown video below, which explains the challenges of fixing a Watch Ultra. 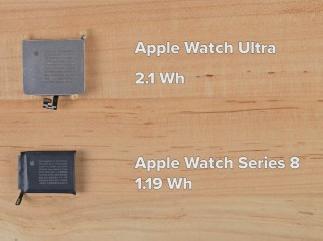 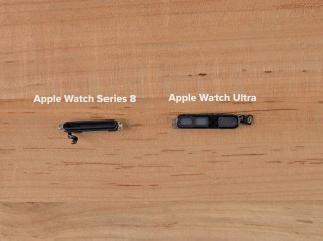 Part of that is unavoidable – the watch is rated for an impressive 100m water resistance and you can take it diving down to a depth of 40m (130ft). That kind of waterproofing requires a really good seal, so if you take the back off, you need to make sure you put in a new seal (and do it well too).

Another issue is with the design itself – the battery cannot be accessed from the back, you have to remove the display. That was the case with the Watch Series 7 as well, but the Apple Watch Ultra has a flat display and the metal body has a raised lip around it for protection. That makes removing the display without breaking it very difficult.

How much do repairs cost? Going through official Apple channels will cost you $100 for replacing the battery, other more involved repairs (including a broken screen) will be $500 without an AppleCare+ plan (and $80 with it).

You can have a look at iFixit’s battery and screen replacement guides if you’re considering doing repairs yourself.

iFixit will sell components to repair your Pixel phone, going back to the Pixel 2