Last month, Google launched a campaign called #GetTheMessage that aimed to convince Apple to support RCS messaging on iPhones. Google’s call to action didn’t do much, seeing as just less than a month later, Apple CEO Tim Cook told a journalist that he should buy his mom an iPhone in response to his inability to send high-quality videos to his mom’s Android phone.

Google’s efforts to improve messaging between Android and iPhone users (or annoy iPhone users even more) is apparent with the latest feature being tested. As spotted by Reddit user u/Jabjab345, Google Messages app is testing the ability to react to messages sent from iPhones. When an Android user reacts to an SMS from an iPhone user, they will see a message showing an emoji was used to react to a message.

Basically, Google pulled an Apple. If you recall, iOS users can react to SMS messages, which sends an SMS message back to the recipient (in this case an Android phone) and passes along a message of the reaction emoji, along with the quoted message text. 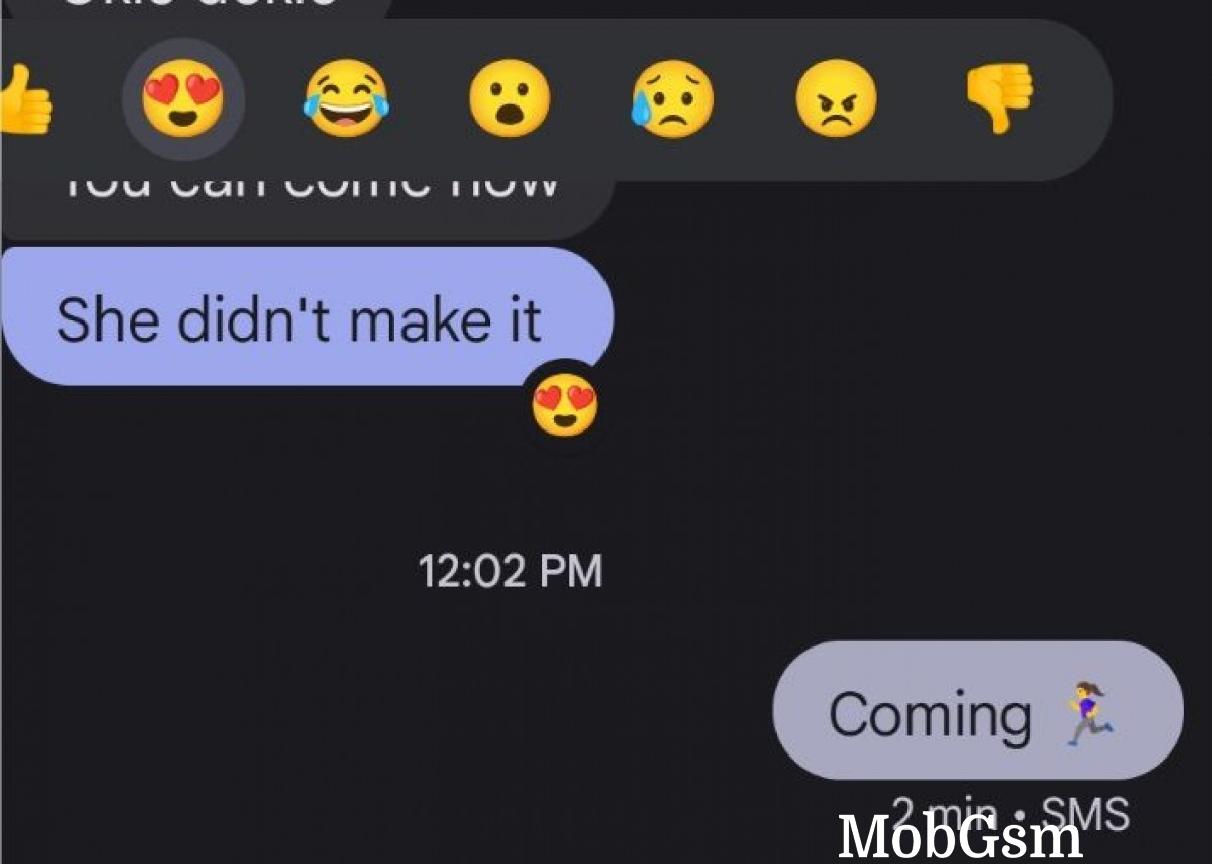 Google has since made it so that its Messages app could tell which message the reaction was for, and instead shows an emoji next to the message itself. With this new implementation, Google is poking back at iPhone users, showing them a similar text-only version of a reaction to a message.

What Android sees when an iPhone reacts to an SMS

Reacting to messages with an emoji isn’t anything new. Plenty of cross-platform messaging apps including WhatsApp, Telegram, Messenger, Skype, Teams, Instagram (there are too many to list) all support reacting with an emoji. At this point, the only market where this really matters to some people is in the US, where users prefer to use the phone’s default messaging experience. In Android’s case that’s Google Messages with RCS, and the iMessage on the iPhone.

The feature was spotted on a beta build of the Google Messages app, but it hasn’t widely rolled out. Google hasn’t yet confirmed this feature.

Google releases its biggest Pixel feature drop yet, and it includes the Pixel Watch