A new set of specifications for the upcoming foldable Pixel device have been uncovered by developer Kuba Wojciechowscki in an exclusive report from 91Mobiles. The Google Pixel Fold (codenamed “Felix”) will feature dual displays (internal and external) and both will be manufactured by Samsung.

The internal display will support a resolution of 1840 x 2208 (5:6 aspect ratio) and the dimensions listed are 123mm x 148mm. After brushing up on my geometry to calculate the hypotenuse diagonal dimension of the display (192.44 mm), the display measures 7.58 inches diagonally. 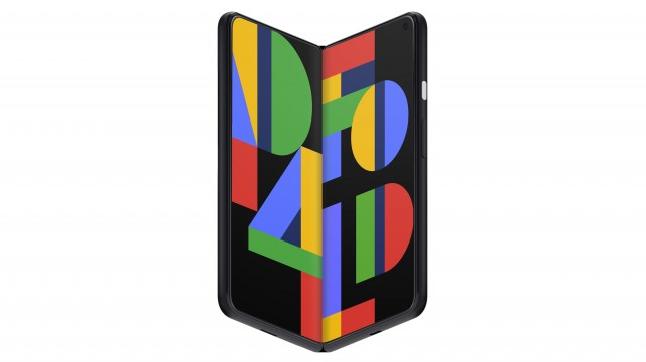 Pixel Fold mock-up by MacRumors from last year. Notice the design is more reflective of the Pixel 5 generation rather than the Pixel 6. We imagine this next foldable will bear resemblance to Google"s Tensor-powered devices including the Pixel 6 and Pixel 7.

According to Wojciechowski, the internal display will output peak brightness of 1200 nits with average brightness output of 800 nits. Although there’s no certainty from the source, they say the display may support 120Hz refresh rate.

The same developer previously uncovered the Felix’s triple camera hardware, comprising of a 64MP IMX787 main camera, a 12MP IMX386 ultrawide, and a 10.8MP S5K3J1 telephoto shooter. There’s also an 8MP IMX355 selfie camera on the internal screen, and another S5K3J1 for the external selfie camera.

The Google “Felix” refers to a second foldable device. Google was initially rumored to release a foldable in late-2021, but then scrapped the plans and must have begun work on what would have been its successor. That first Pixel foldable was rumored to have a more modest array of cameras (same ones from the Pixel 5) and a 7.6-inch internal display.

Google Store, Hotels, Flights and other services will show more accurate info in the EU

Google to lay off 6% of its global workforce

Google is developing a location tag of its own