An early Geekbench result painted a particularly grim picture of the performance of the new Apple A16 chipset, however, now that the AnTuTu team has dug up results from the iPhone 14 Pro and iPhone 14 Pro Max things are looking up. 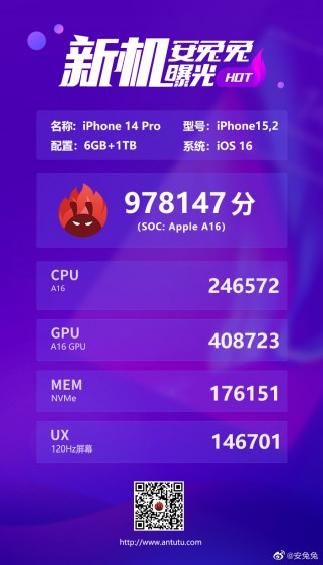 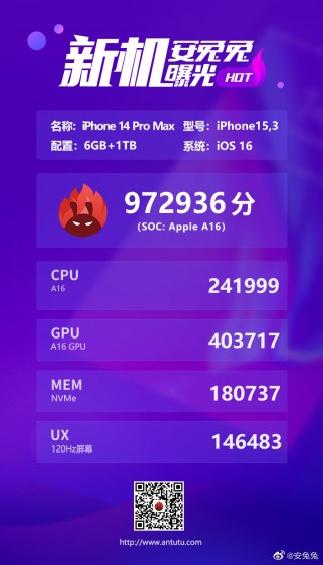 The Pro posted a total score of 978,147, the Pro Max managed 972,936. That represents an improvement of around 19% compared to the 13-series models. Also, note that since the new iPhone 14 and iPhone 14 Plus use the chipset from the iPhone 13 Pro duo, this is a comparison within the 14-series as well. The vanilla iPhone 14 phones were also upgrade to 6GB of RAM like the Pros last year (and this year too).

Looking at the breakdowns, the CPU performance went up by a respectable 17%, while the memory score is up by 10%. It’s really the GPU that impresses with a 28% jump over the previous generation. We’re surprised that Apple didn’t mention it during the presentation, this could be the highest generational improvement in recent years. 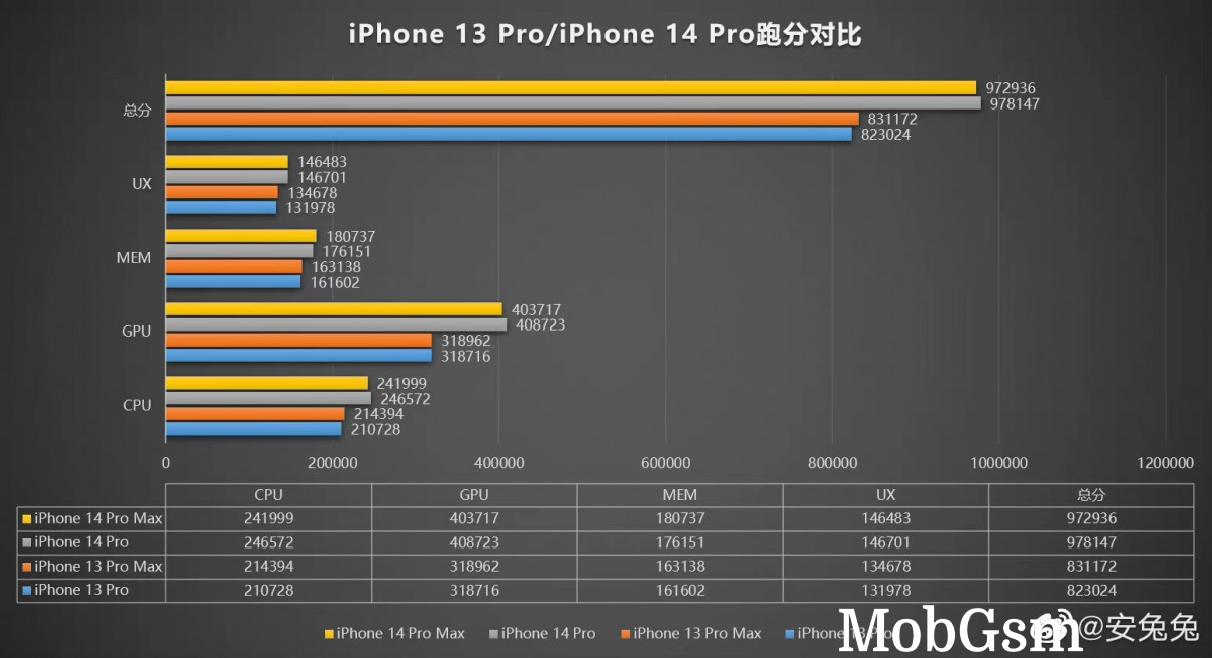 For comparison, early AnTuTu results for the iPhone 13 Pros last year showed a 17% increase in CPU score over the 12 Pro generation and 19% for the GPU. Last year it was the memory score that wowed with a 44% jump.

Note that the iPhone 14 Pro pair that was tested had 1TB of storage, which gives it a small edge over models with smaller capacity. Still, the A16 chipset shows a solid performance improvement over last year’s chip.